11 of the Best Apps to Create Collages for Instagram

Instagram is a very popular platform among other social media platforms, It is the platform where people likes to share photo and images, Remember when creating collages were a bothersome activity that demanded a lot of effort and editing skill? But these days you can get beautiful results with just an app, here in this blog we have gathered some very interesting apps that you can use for your social media platforms. 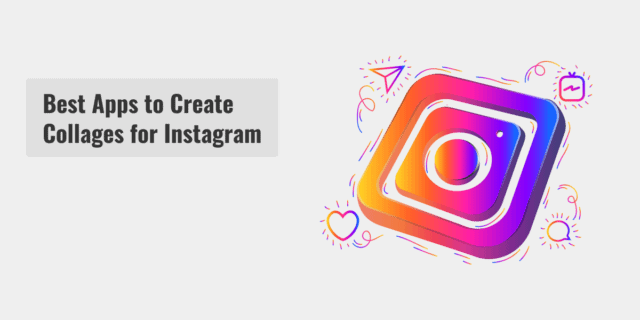 Instagram is one of the best social media websites where one can grow his/her page. But developing a page requires a lot of effort. Efforts would be even less if you provide quality content. 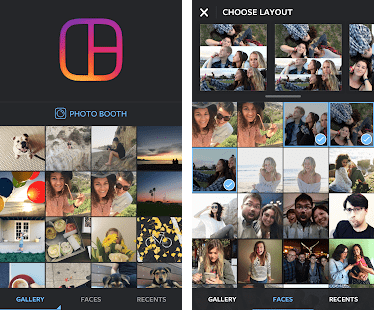 Layout is one of the top apps used for creating collages for Instagram. Instagram itself develops this app. Users can remix their pictures in any way they prefer and share them with their friends.

The app provides many exciting features to its users like No sign-up required, photo booth mode, and much more.

Users can choose up to 9 photos and create a collage with any Template they want. Instagram offers a wide range of templates in the app. Users can also use the Face tab to find images quickly.

It can captures spontaneous shots for their collages easily. The best feature is that the app provides no ads to its users, which means no disturbance while creating.

This app was launched on the Play Store on 15 November 2021. It also contains some in-app purchases, which means users cant access everything for free. It has more than 10 million downloads and an average rating of 4.6 stars.

This app allows the users to create some unique Instagram stories and posts which would help them engage a larger audience.

It includes a variety of exciting features which make it a must-try for everyone. It also has many types of frames available for collage creation like Japanese Nichi, Polaroid, and much more. 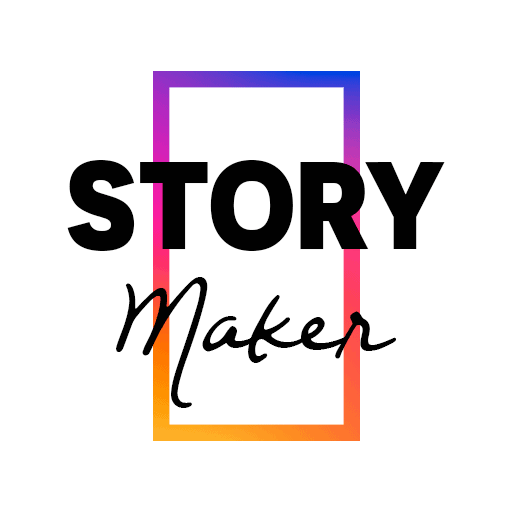 Another app that allows the user to create the best quality collages is Storymaker by Inshot Inc. This app contains more than 500 templates for collages and many fonts and tools for Instagram story editing.

This app has more than 1 million downloads on the play store, and it has been more than one year since the app was launched. The app also contains some in-app purchases.

The website provides many exciting features to its users by which they can have easy access to edit their collages in a better way. Users can also create Highlight Covers with the app. And above all, they don’t require to create an account on this app.

The features which will be included in the upcoming updates of the website are preset filters, video support, a large variety of stickers, speed adjustment, add and cut music, and much more.

The app is trying to improve itself with every update and will introduce many features soon. This app also allows the user to create freestyle or grid collages as per their choice. Users can also have blur background images too. 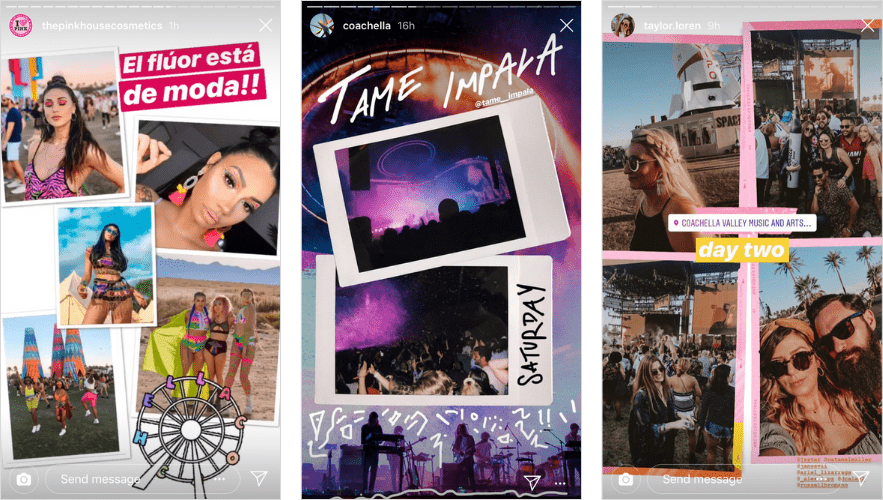 Collage maker comes in as the best app one could ever use for creating collages. This app was created by Photo Editor & Collage Maker company, and it contains a large variety of enthusiastic templates.

Collage Maker has more than 50 million-plus downloads on Play Store with an average rating of 4.9 stars which is truly mesmerizing. The app also contains some in-app purchases.

There are many excellent features because of which one must try this app. Users can create collages of 18 pictures which is hardly found in any other app.

It contains a variety of templates, fonts, and much more. Users can also crop the images in whichever way they prefer.

This app also has the feature of multi-fit which means many types of images can be fitted perfectly in your collage regardless of the size of the image. 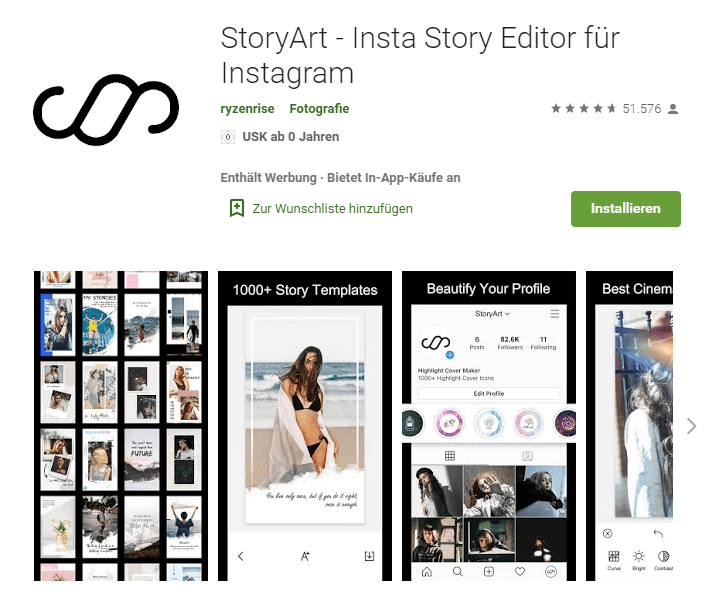 Created by Sweet Snap Studio, Insta Story Art is one of the most-used apps to create interactive collages for Instagram. This app contains more than 500 themes to develop stories and posts and many animated text fonts too.

This app was released in the year 2019 and has achieved a lot since its launch. It has more than 10 million downloads on the Play Store with an average rating of 4.5 stars.

This app has many exciting features. Users can even use presets with their images. The presets they offer also come in a large variety. Users can easily share their pictures to their Instagram stories with a single tap.

This app has more than 50 animated text designs available and 30 plus effects available for preset. 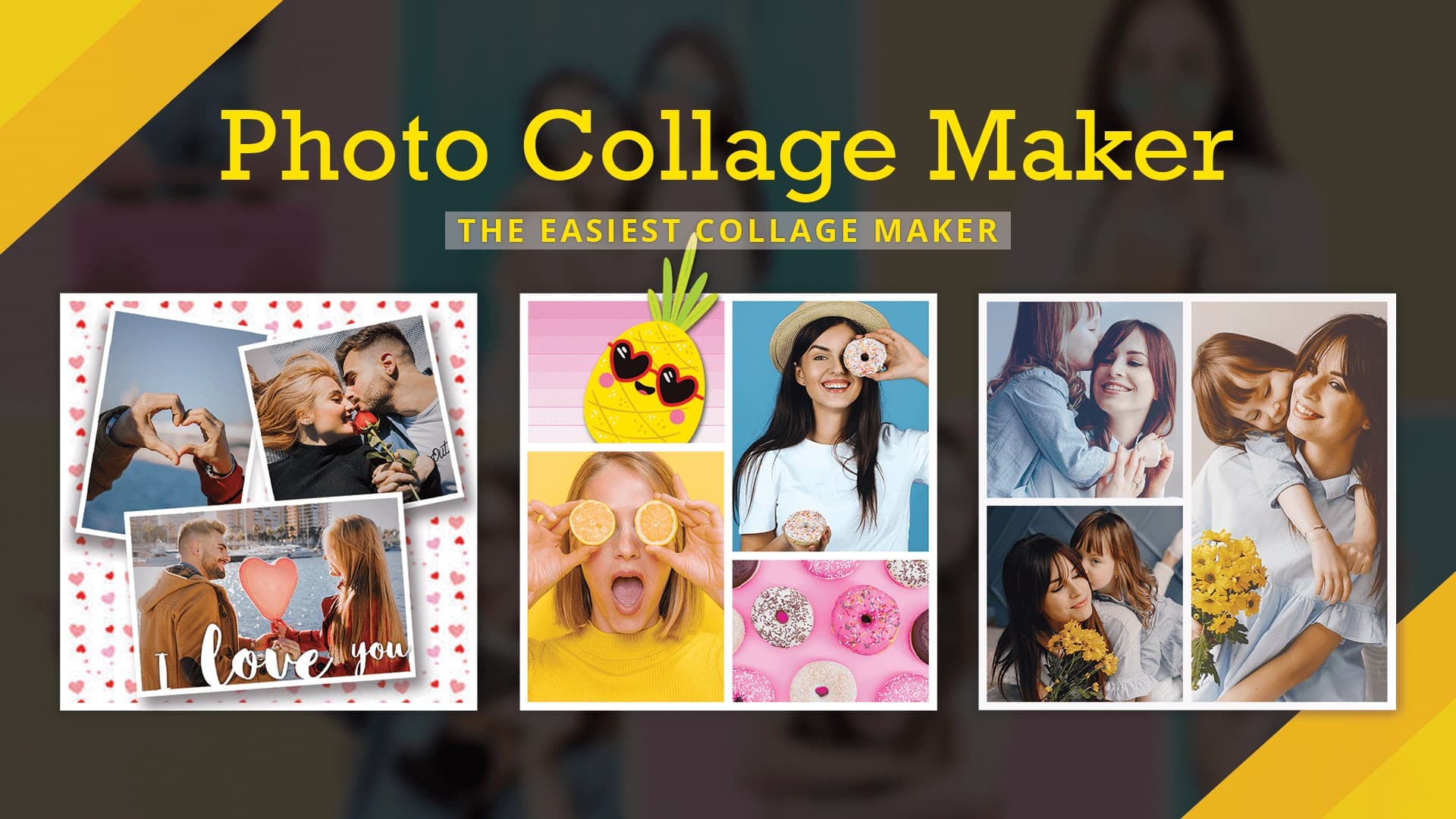 This app was created in the year 2017. It has more than ten million-plus downloads on Play Store and an average rating of 4.9 stars which is highly unachievable for many other apps. This app also contains some in-app purchases which user can purchase to disable the ads.

This app contains many specialized features like the access of stickers, photo frames, meme generator, and much more. It includes more than 250+ templates, and users can create collages in any ratio they want.

This app also has the feature of freestyle cropping and arranging the images. Users can crop the images in any way they want with ease. 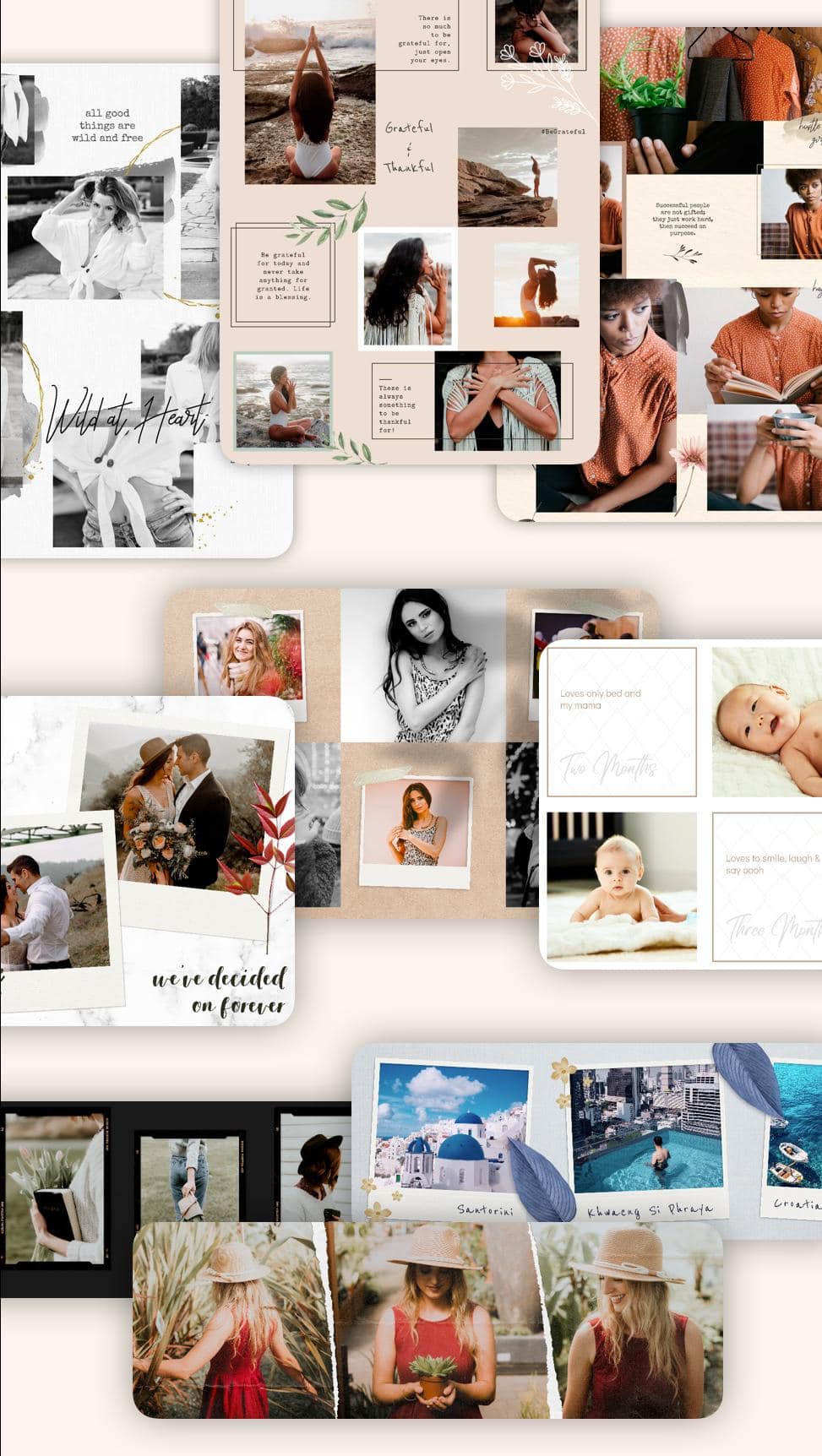 If you also want to create some personalized variations in your Instagram feed and stories, then Puzzle Collage Template by just apps is undoubtedly made for you.

This app provides puzzle collage Templates to the users, which make their feed look awesome. This app was launched on Play Store on 23 January 2020.

Currently, it has more than 1 million-plus downloads with an average rating of 4.5 stars on Play Store. Users can also purchase the ad-free version of the app if they want.

It contains many excellent features. The features like full HD image Export, user-friendly and straightforward interface, a variety of Templates, and text fonts. Even marketers and influencers can also use this app to increase their reach by quality content.

With its new update, users now have access to add gradients on their background, text, elements, etc., and much more. 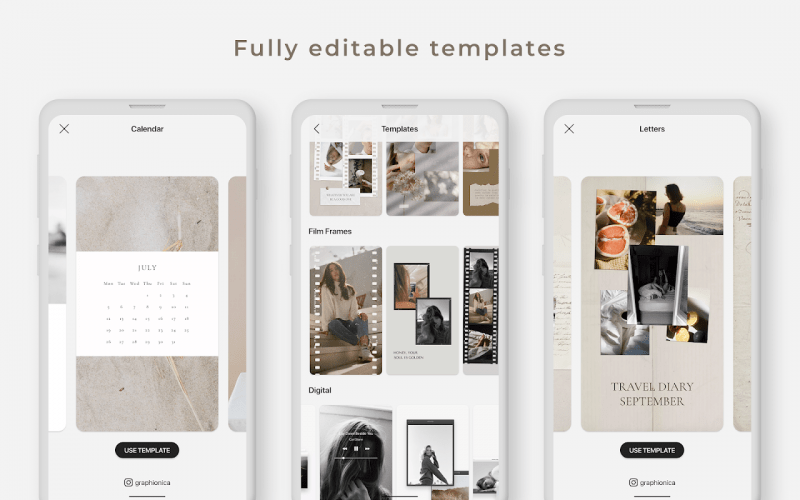 Graphionica is another fantastic app that is widely used by teenagers nowadays. This app was created by Aleksei Baskakov.

It contains many ready-to-edit templates, making it easy for the user to edit their images through the app within a few minutes. This app was launched by the developer at the end of the year 2019. The app has achieved more than 5 million plus downloads on Play Store an d has an average rating of 4.2 stars.

This app has many advanced features which make it different from other apps. Users can even make video collages with the use of this app.

It contains many other features like high-resolution export, video collage, calligraphy, and texts in png format, and they can even delete or replace anything.

Users can also create their own unique templates with this app. This feature has made this app one of the most used collage apps these days. 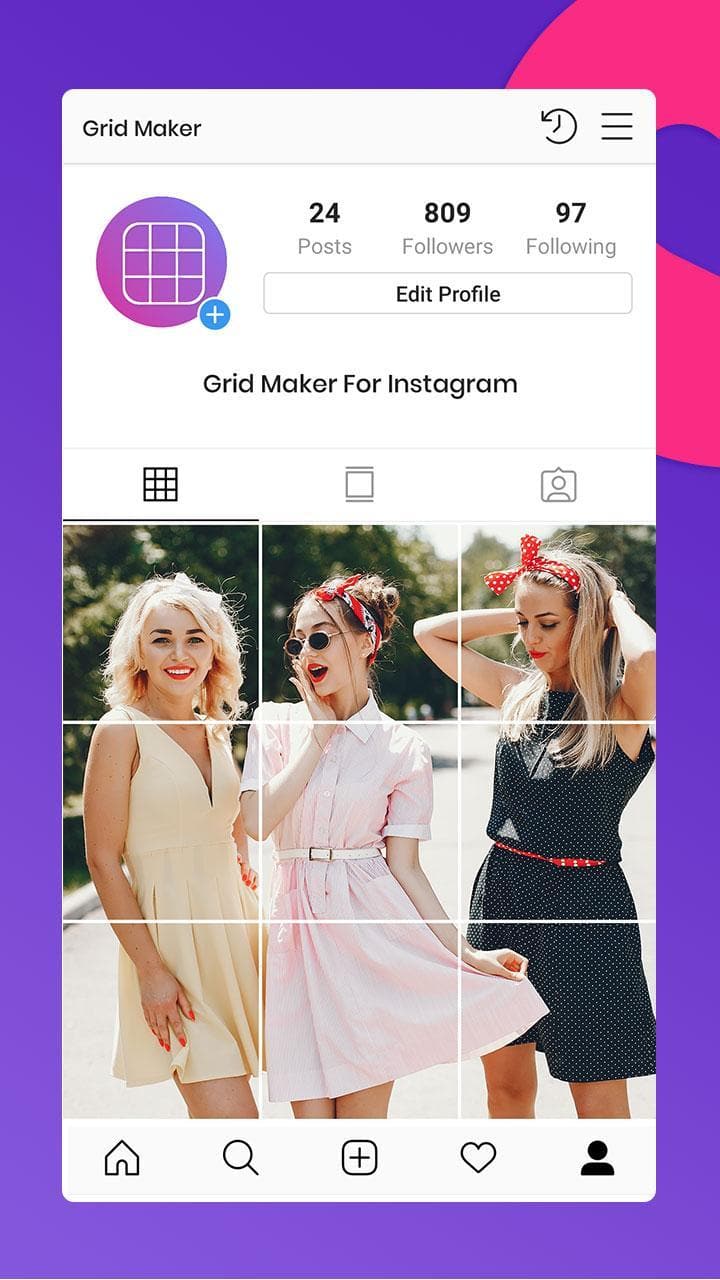 If it comes to creating the best grids for Instagram, then Grid maker for Instagram by WrongTurn apps is undoubtedly the best. Users can create their collages in any grid they want.

This app has a large variety of grids available. Users can have their collages created in just a matter of minutes. The app was created and launched by its creators in the year of 2018.

It currently has more than 1 million-plus downloads and an average rating of 4.5 stars on Playstore. If some of the bugs are fixed, then this app can even become the most used app for creating collages.

When it comes to features, this app offers features like no one else. Users can create grids in whichever way they want, high-resolution exports, automatic SD card save, panorama crop, and much more. Users can enjoy the features of the app free of cost.

This website has many other features like the Split photo, blur effect, square photo. It is also easy for users to put full profile photos on Whatsapp and Instagram. 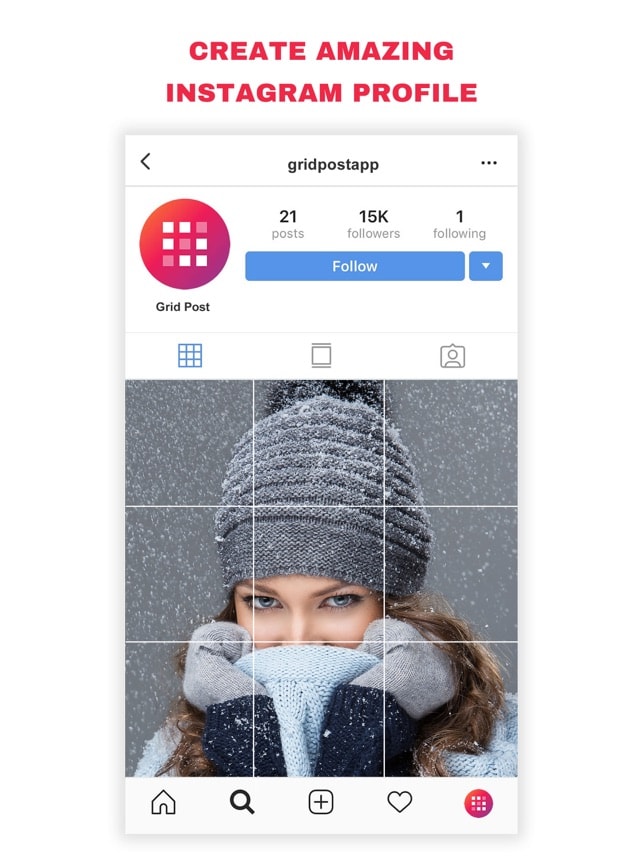 Grid Post is another one of the most used apps by top content creators of Instagram. This app has made it easier for users to create grids in any way they want.

The creators or developers of the app launched it in the year 2017. In the beginning, the app didn’t receive much growth. Its primary development began after a year. It currently has more than 1 million downloads and an average rating of 4.5 stars.

Users can create grids of 3, 6, and even nine, which is not offered by many of the applications.

The features offered by the website aren’t so bad. It provides features like unique Templates, fun overlays, grid styles, photo adjustment, and much more. Users can even create banners as per their requirements with ease.

With its latest update, this app has fixed almost all of its bugs and increased its performance. Users can even add their own watermark with the help of the app. 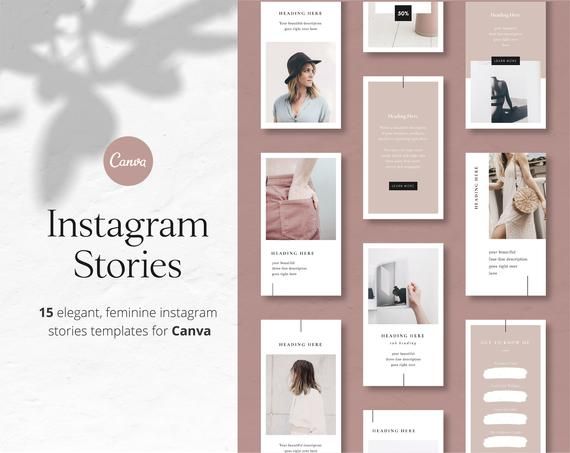 Last but not the least, the Canva app is also one of the best apps used for creating collages. This app is extensively used nowadays by new Instagram pages as the collages created by it are highly attractive as compared to other apps. This app is also a certified editor’s choice.

It was was launched in the year of 2017, and since then it has improved a lot. Currently, the app is having more than 100 million-plus downloads, and it is one of the most stable apps ever on Playstore. It has an average rating of 4.7 stars.

Using Canva is just as easy as ABCD. This app offers more than 60,000 plus free templates to its users which is quite a large amount. This app also has more than 500 fonts available for the users, by which they can make their collages even more interactive.

Growing an Instagram page requires a lot of hard work and quality content. But sometimes, the quality even depends upon our creativity and the apps which we used to implement it.

There are numerous apps available on the Play Store to create collages, but all are not worth using. The apps which display ads every minute might cause irritation to the user.

People prefer apps that don’t contain any in-app purchases and ads. The app must also include a large variety of templates and tools within it so that creative collage can be created.

Out of the apps listed above, the best of them are Layout from Instagram, Collage Maker, and Canva. These apps literally have the most essential features, which are required for editing your images and collages. 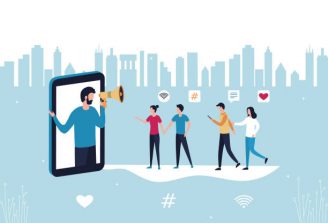