No matter how old Facebook gets, it is still the most used social media platform across the world, which makes it a great platform for social media marketing. To help marketers understand the importance of this channel, we have enlisted 15 business useful Facebook statistics. 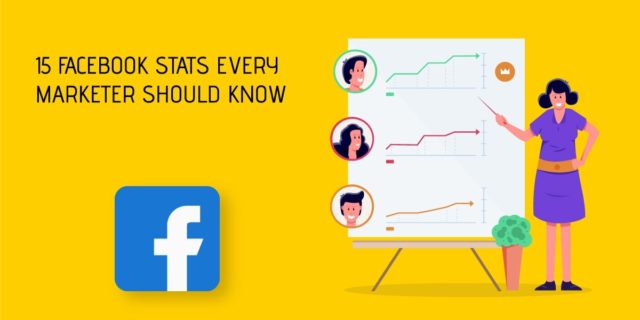 Facebook Statistics: Facebook is a platform that never gets old, does it? There is no doubt that we use Facebook at least once in a single day. You do that as well. So, we can say this without a doubt that Facebook is one of those sites that are still reigning social media.

Did you know: The total monthly user count of Facebook is about 2.32 billion?

Now that is definitely quite a big number. There are so many people who are using Facebook this time. You need to be a part of it as well. After all, what better place can you get to connect with friends and family than Facebook, right?

It doesn’t really come off as a surprise that Facebook is ruling on social media in the best way.

The use of Facebook has certainly evolved a lot in the coming years. That is one of the main reasons why we are interested in knowing all about it. If you are a marketer, then you need to properly have an idea about the platform of Facebook.

Do you know what is going to be a help in that? Well, of course, Facebook statistics. Yes, you heard it right, people.

Facebook statistics are the best ways through which you can know about the platform. So, how about we have a little discussion on it? We are pretty sure that you are going to like what we have for you in here. 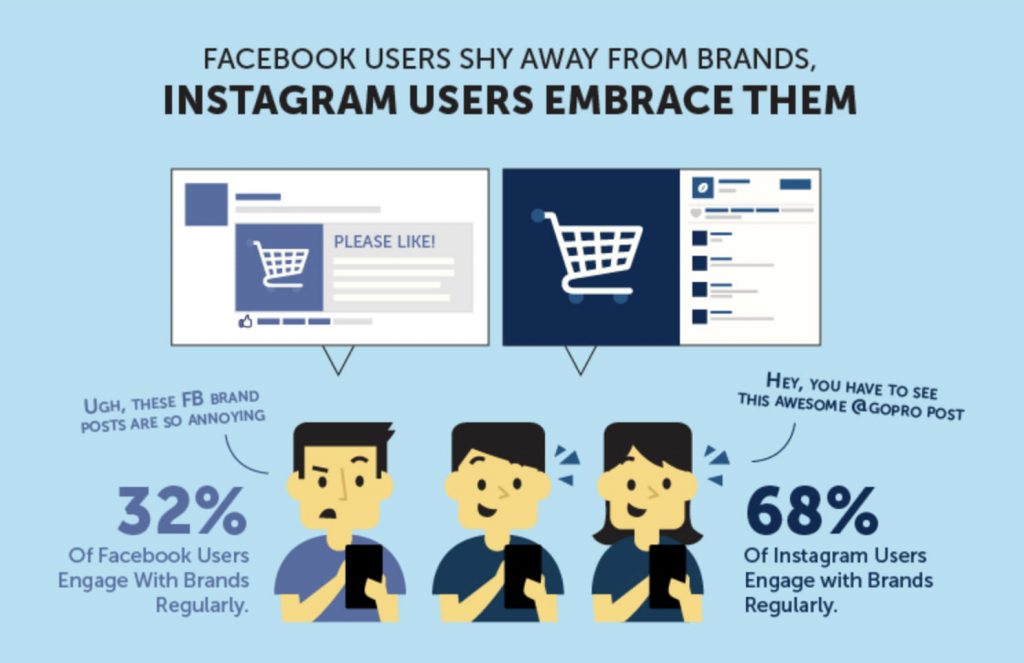 Here we have some of the most important statistics for you. Make sure that you follow each and everything for sure.

When it comes to Facebook, there is no doubt that you need to know as much as you can about it. With knowledge about the platform, you will be able to use it in a better way.

So, why don’t you let us help you out with that? We are going to talk about some of the statistics that we think will be useful for you. So, without wasting any more of your precious time here, let us get started with the statistics for Facebook. 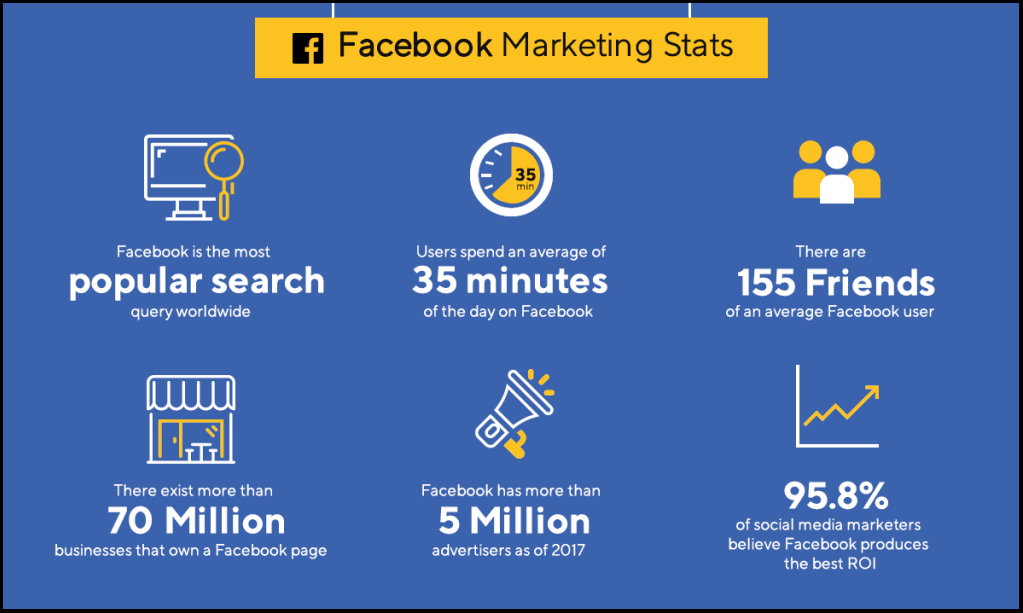 Let us have a look at who is using Facebook and what are the locations. Don’t miss a chance to know the demographics of Facebook users.

1. Women who are aged between 25 and 34 constitute about 13% of the total active users on Facebook globally?

When Facebook users all over the world were broken down into categories, then it was found that the highest concentration when we talked about Facebook users was actually in the age group 18-44.

2. India has got the highest number when it comes to the global Facebook users

There are so many different users in the world who are currently using Facebook. Out of these users, it is not America but India that has the highest number of Facebook users in the whole entire world.

We bet you didn’t know this. India has got about 300 million active users on Facebook while America just has 210 million. 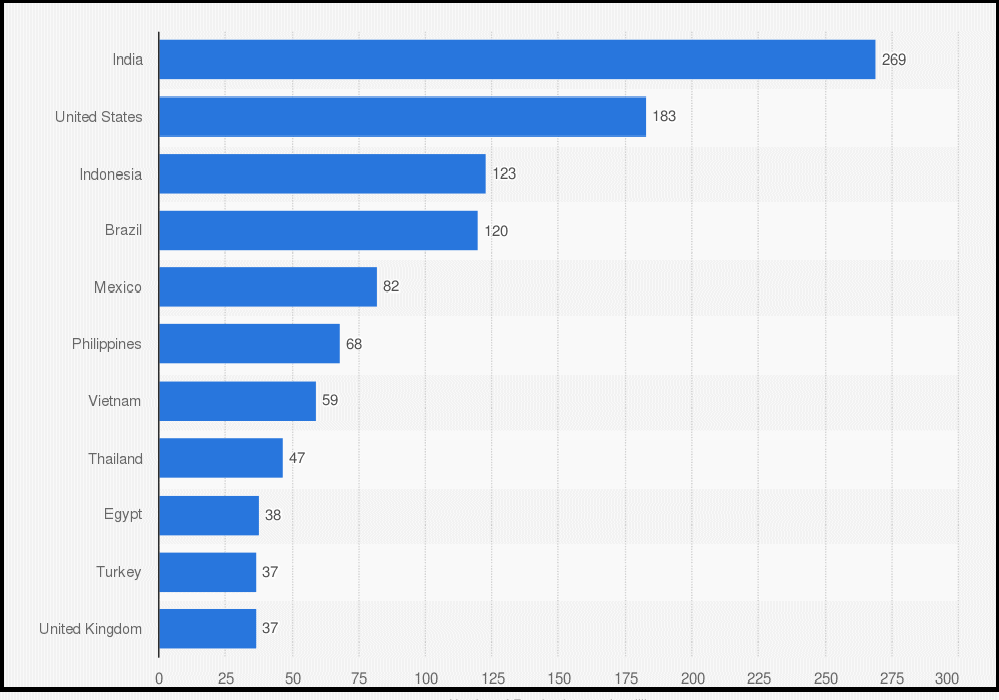 3. About 51% of the teenagers are the users of Facebook

In case you want to target the teens, Facebook is one of the best platforms for sure. Out of the entire group, there are just 51% of the teens that are currently using the platform of Facebook.

It is considered to be the 4th popular social media networking site for children. The other three are Snapchat, Instagram, and YouTube.

4. About 68% of the total numbers of Americans are Facebook users

That is because the majority of the people use it. However, Facebook comes in second with 68% of the people viewing it on their mobile phones.

5. 74% of Facebook users tend to visit the site on a daily basis 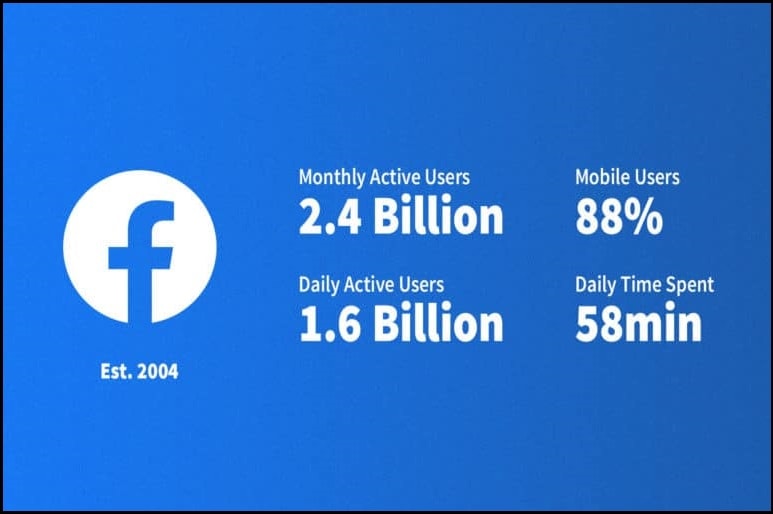 So you like to look at Facebook once after you get up and once after you go to bed in the night? Well, you are definitely not alone in this because that is what most people do.

Whether they are searching for content or news, most people find it on Facebook. So, this is pretty good news for the marketers. The Facebook news feed is where about 43% of Facebook users get their         news

If you want to post some information about your business there, then the people might be able to see it for sure. This is because most people tend to have a look at their Newsfeed for sure.

8. An average user spends about 35 minutes of his entire day on Facebook

In the daily routine of Facebook users these days, it is seen that they use Facebook for a certain period of time. Watching this social media site is just second to watching TV. An average user spends about 35 minutes of his entire day on Facebook. 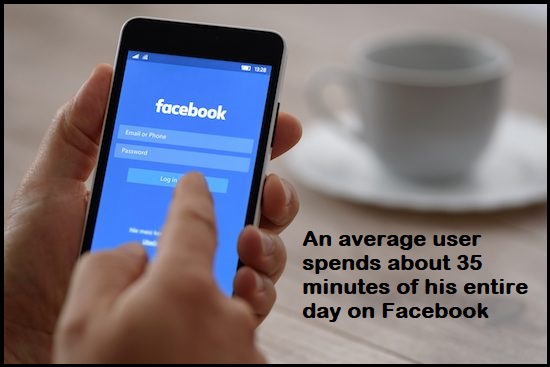 Hence, there is no doubt that people spend a considerable amount of time of their day on Facebook. This can be a pretty good thing for marketers.

9. Of all the profiles on Facebook platform 3% are fake

Fun fact: In fact, about 88 million profiles that are on Facebook these days are fake.

The average cost per click rate or the CPC rate for the platform of Facebook is supposed to be at $1.72. The number changes according to the industries.

So, it is important that you check the averages of the industry to see if you can put it as the benchmark cost. This is one of the most important things to keep in mind.

This is one of the facts that are pretty important for marketers these days. In case you want to upload any form of video to the platform of Facebook that the users will be able to understand, then you need to make sure that you upload one with captions or subtitles for people to understand.

That is because 85% of videos are watched without sound on Facebook.

12. About 3% more time is spent on watching live videos than pre-recorded ones

This is another one of the statistics that one needs to keep in mind when they are posting some videos on Facebook. This will really help you in getting an understanding of the users. Video ad attention tends to be less by about 75% for people aged 18 years than 65+ years. 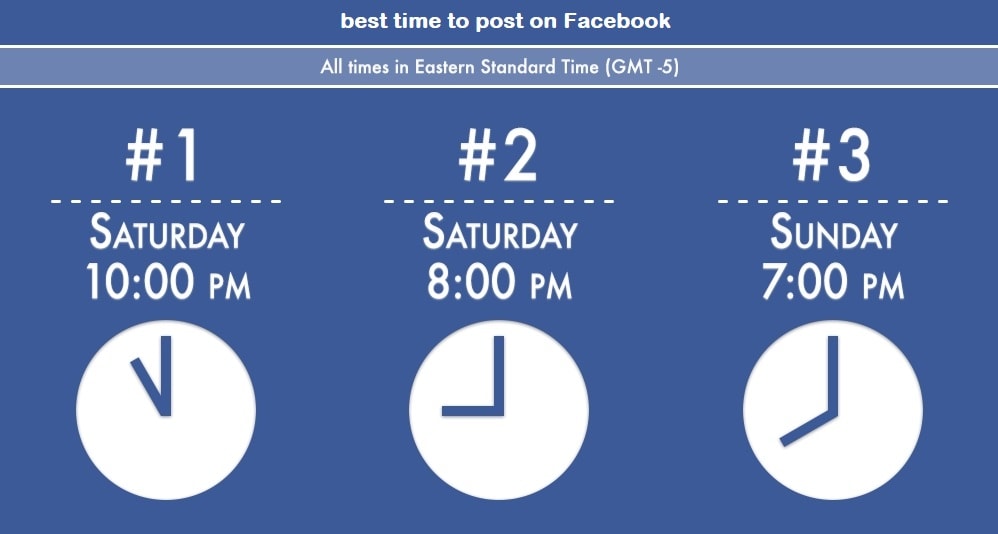 Posting at the right time on Facebook will give many benefits. That is why we recommend that you try and post during the weekdays and that too between 10 am and 3 pm to have the best results.

15. The average organic reach amounts to about 6.4% of the Page likes

The organic reach of the pages of Facebook is decreasing for sure. It is now at 6.4% of the page likes. This is quite less when compared to the other results.

So, these are some of the important statistics that you need to know about Facebook in 2021. Considering how popular Facebook is, we hope it helps you out.