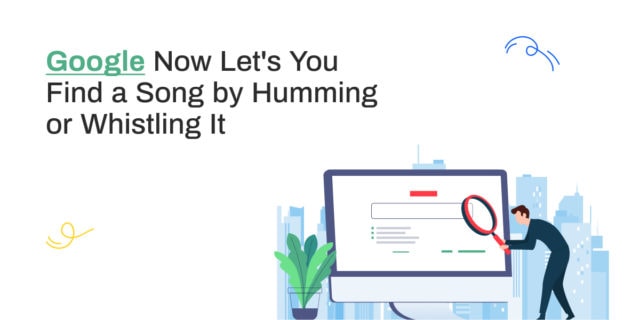 Find a Song by Humming or Whistling:-Technology has seriously come a long way. There are technological developments that have entirely changed the ways of our lives Especially Search engines and social media platforms.   Amongst many such technological advancements, Artificial Intelligence (AI) is one of the most mentionable ones. It is in fact hard to believe what can be done with AI in today’s time. Google has made use of this technology to bring out something that addresses a really simple yet common thing in most of our lives.

Most of us will agree to the fact that we have had a tune caught in our heads. It can be a frustrating moment when you can only remember a song by its tune but cannot recollect the lyrics.

Sounds amazing, right? Well, let us take a look at the details of what this new feature from Google is all about.

All-new ‘Hum-to-Search’ Feature on Google: What’s It All About?

It is like a dream come true for numerous people across the world. Only being able to hum a few bars and remember nothing else about a song is a seriously irksome moment.

There was no way that you could search for the song and find out its name. Sometimes, you would finally be able to remember the song, and other times it would simply be lost in time.

But after the latest feature released by Google, all of it becomes simple. Finding a song by humming or whistling its tune is now very much possible.

Google recently announced the ‘Hum-to-Search‘, the feature being a part of its latest update for the Google app. The feature will now allow the users to simply hum, whistle, or sing a melody on the Google app to easily track the name of the song they had in mind.

The concept of ​​identifying songs by singing, or whistling instead cannot be said to be completely original and new from the house of Google. The SoundHound music app brought the ‘Hum-to-Search’ feature more than ten years ago.

Further, it gained popularity when the “Now Playing” feature was introduced with the Google Pixel 2 in 2017. That feature could identify songs being played around the device even without an Internet connection. In 2018, this feature was implemented on the SoundSearch widget.

Today, Google will no longer need to even hear the original audio or lyrics to recognize music tracks. 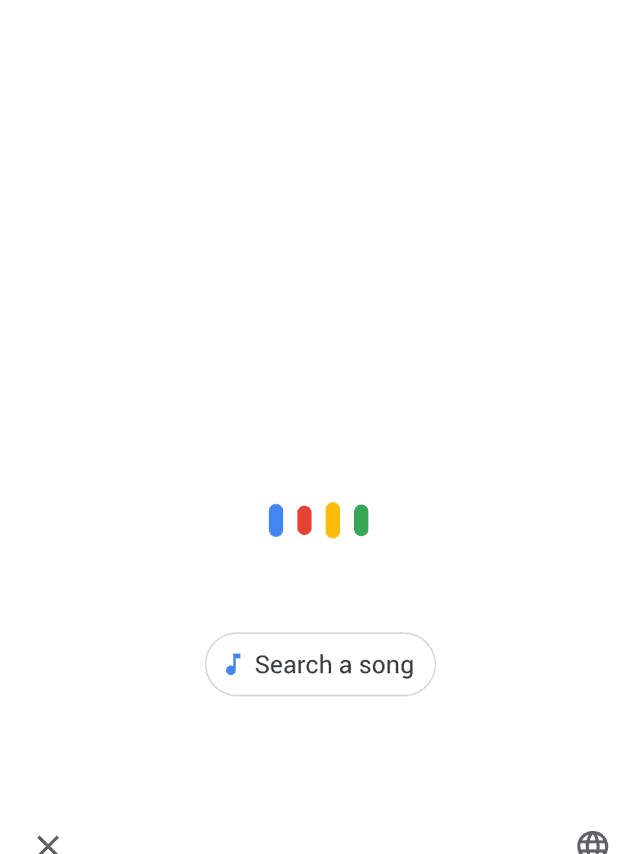 But this new update from Google is much more impactful and can even be said to be “revolutionary” in certain aspects. The most important part is that this new feature will now enable the search engine to identify music when in the context of multiple queries.

Google Vice President Apana Chennapragada revealed the launch of this new feature at a live event on October 15th. According to Google, users search for the term “what song is playing” almost 100 million times every month.

This is a key reason why Google thought of launching this new feature to make it convenient for users to search for a song they don’t remember the name of. Not only does it address a key pain point, but it also aims to offer Google users an enhanced user experience which is a key strategy of any major brand.

How to Find a Song by Humming or Whistling in Google? 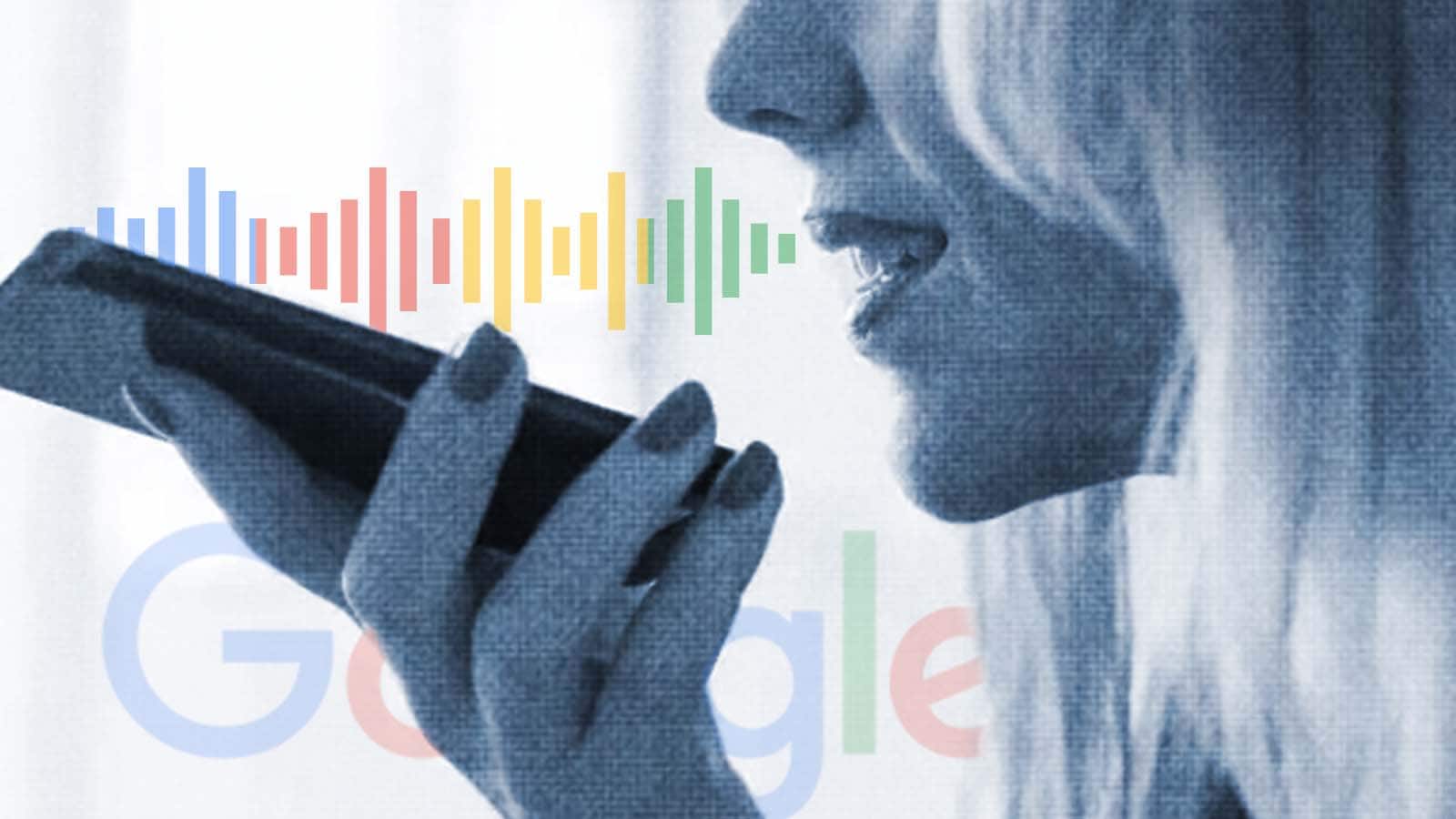 All that being said and talking about an enhanced user experience, the best part about this new feature of Google is the ease of using it.

The feature is accessible, simple, and users have found it to be functional and effective as well. In fact, a lot of users are pretty impressed with how well the feature works and how convenient it is to search for a song simply by humming or whistling the tune of it.

All you have to do to use the new features is follow a couple of steps on your mobile device. Let us take a look at what you need to do to explore and use the latest ‘Hum-to-Search’ feature of Google. The feature is available on the Google app both for Android and iOS.

Steps for Finding a Song by Humming or Whistling In Google 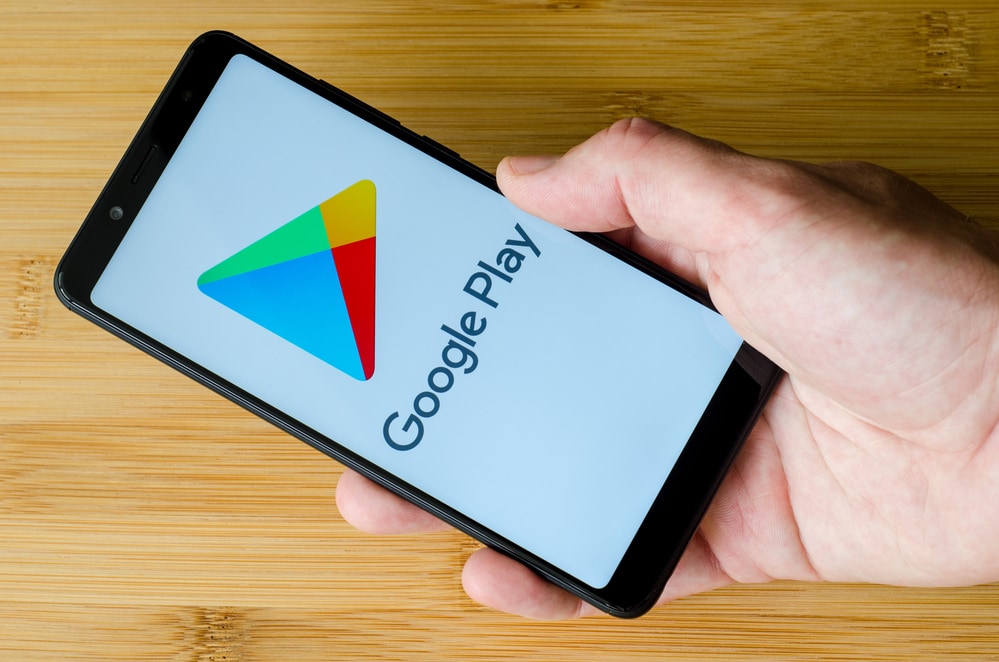 Step 1. First, you will have to download and install the latest version of the Google app. Most smartphones, especially Androids, have the Google search widget pre-installed.

Step 2. If you have the Google search widget or the latest version of the Google app on your phone, you need to tap the “microphone” icon and simply say “What is this song?”

Alternatively, you can also click on the new “Search A Song” button which you will see on the bottom part of your screen when you tap the “microphone” icon

Then, you start humming the song for a duration of at least 10-15 seconds. After the search and match process is completed, you will get the result displayed on your screen. 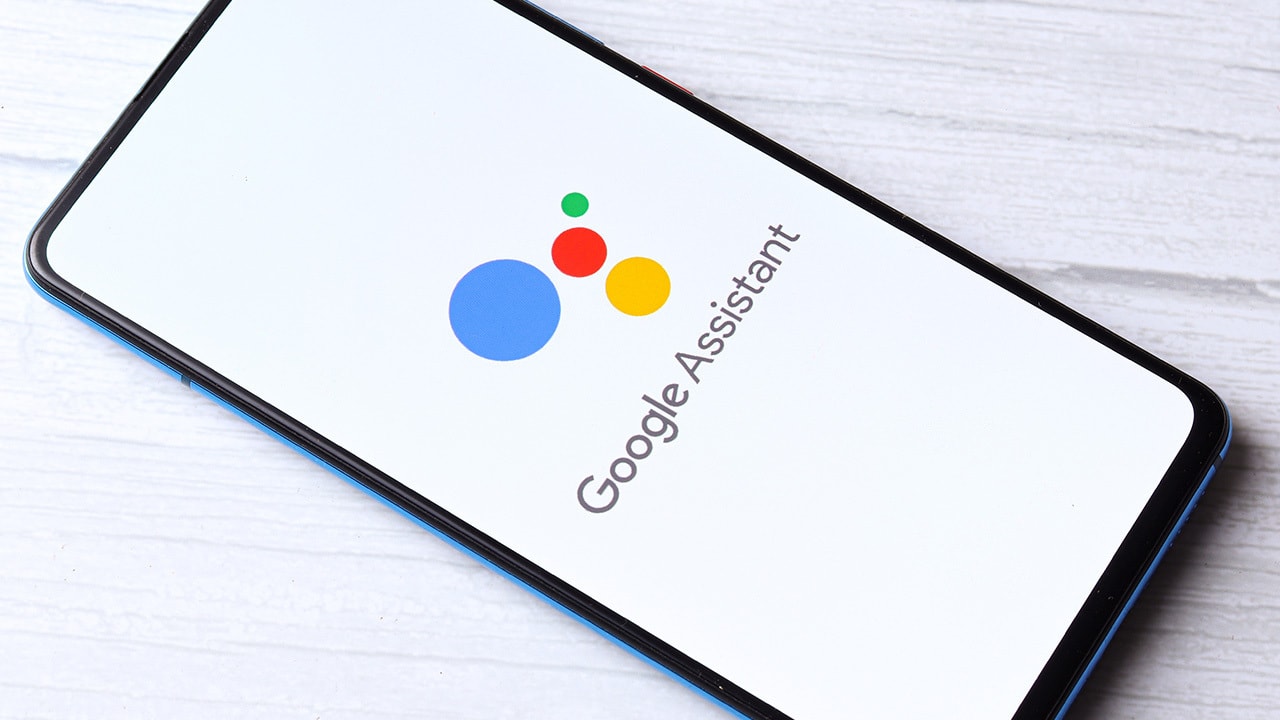 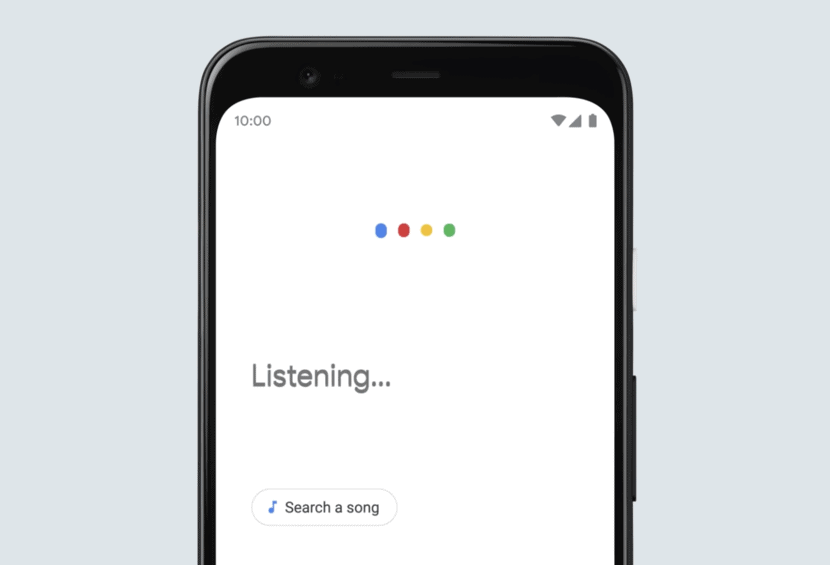 The result will have a list that consists of the cover art and artist name. The result also displays a match percentage so that you know if the tune is actually of the song provided to you on the search results list.

Users can then select matches shown on the list and further browse the song and artist information. Additionally, a user can also view the relevant music video for the song, and even listen to the song, search for its lyrics. Any other available versions or recordings of the song can also be found by a user.

How Does the ‘Hum-to-Search’ Feature Actually Work? 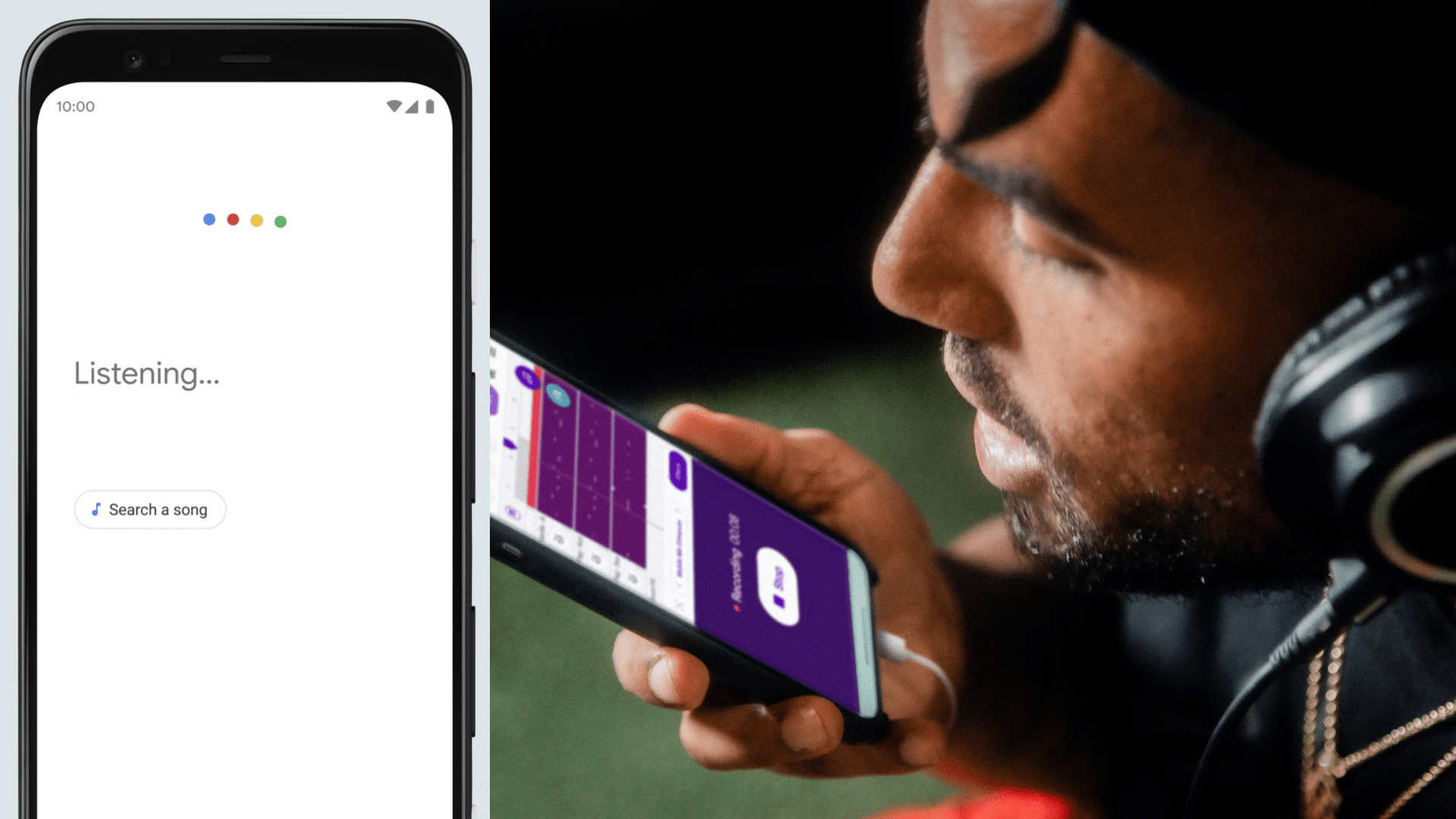 A lot of people might be wondering how this new ‘Hum-to-Search’ feature on Google actually works. People may also want to know the details and procedure to determine the reliability and accuracy of results.

As discussed at the beginning of this article, this new feature works with the help of Artificial Intelligence (AI) and Machine Learning (ML).

To be more specific and detailed about the functioning procedure, this new ‘Hum-to-Search’ feature is based on a machine learning model that is designed to analyze all kinds of sounds including a hum, whistle, or even something as subtle as a hiss, and then matches it with the tune and music of a song.

This machine learning model can effectively remove the intricate details of a song like the accompaniment instruments, timbre, pitch, and other things to make a simple and tune-based comparison of the melody and the input given by the users. It can do this with numerous songs from various parts of the world.

The feature is designed to function in such a way that it shows the users a list of the songs that have the maximum match with their input. This comparison and list of likely songs are deduced by the comparison of the melody of the songs and the input given by the user. 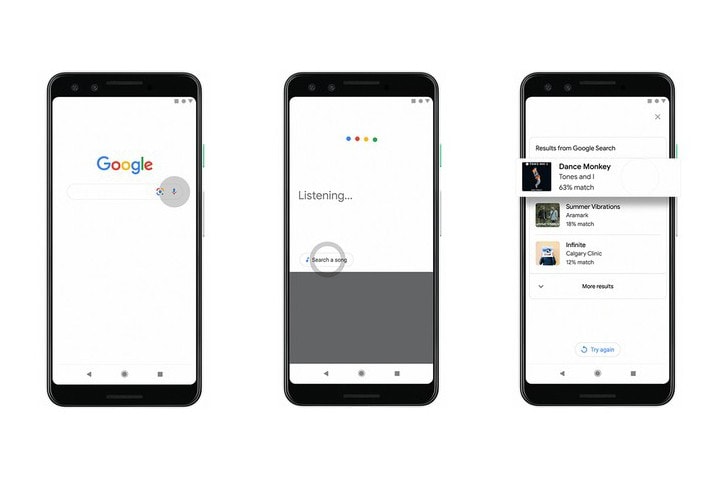 According to Google, the machine learning models basically transform the audio into a number-based sequence that represents the melody form of the song in question.

The machine learning models are designed and trained to identify various songs simply on the basis of various sources like human singing, whistling, or humming, and also as studio recordings.

All other accompanying instruments, timbre, etc are all removed, as we mentioned earlier. The only thing left of the song being matched with the input of the user is simply a numerical sequence, which can also be called to be the fingerprint of the song.

The sequences found in the input of the users are compared and matched with numerous songs and can effectively identify potential matches on a real-time basis.

Not just that, the machine learning models and this feature can effectively recognize the melody of a studio-recorded version of any particular song and can use it to match it with a user’s humming or whistling audio input.

We have come a long way in terms of technological advancement. Things that could not have been imagined a few decades ago have become very simple tasks in today’s time. This new ‘Hum-to-Search’ feature on Google has a lot more potential and is surely going to be much more impactful in later stages.

The technology is surely going to offer an enhanced search experience and can revolutionize the area of searches, not only on Google but also on various other search engines. We can only wait and watch how this feature is utilized by experts, enthusiasts, and professionals associated with the field.

Meanwhile, if you are humming the tune of an unknown song, do not forget to ‘Hum-to Search’! 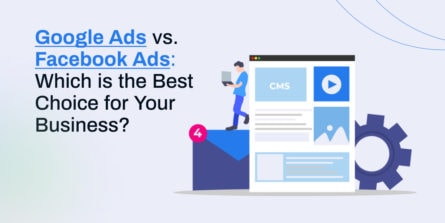 Google Ads vs. Facebook Ads: Which is the Best Choice for Your Business?