How Much Time Do People Spend on Social Media?

Social media is the most time consuming thing the Internet has given us. There are a plethora of social media channels which people use according to their preferences. In this article, we offer you some mind-blowing insights on how much time people are spending on social media networks. 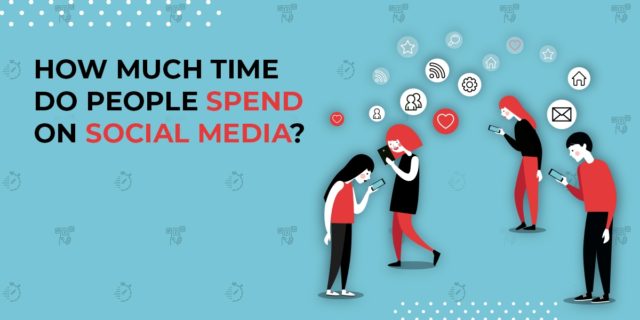 How much time do people spend on social media: Social media platforms are the applications and websites that allow people to share their pictures, videos, gifs, snaps, tweets, pins, or simply text messages. These platforms are famous because they share content from one point to another, quickly, efficiently, and in real-time.

Nowadays social media for people is synonymous with all the apps on their smartphones. But the fact is, social media started out as a communication tool through computers.

This ability to share opinions, pictures, events in real-time has completely transformed the way we live and the way we do business. So much so that we don’t realize how much time we end up spending on social media.

It starts slowly for fun and we don’t realize when it becomes an addiction. From using Facebook while we are standing in a grocery line to sending snaps on Snapchat while eating, social media has become an important part of our lives.

We need Facebook to stay in touch without friends, we need Twitter to know the happenings in the world, Instagram to keep ourselves updated with others lifestyle and keep others updated of ours and then we need Snapchat to share some fleeting moments with the closest people in our circle, a day spent without social media feels like an empty, action less day.

And in this age of digitization, either we have become social media addicts or we are slowly becoming an addict by spending a lot of time in a day browsing on the different platforms.

However, have you ever wondered how much time you actually spend on social media? And what about other people who have the same demography as you?

How Much Time Does a Person Spend on Social Media a Day? 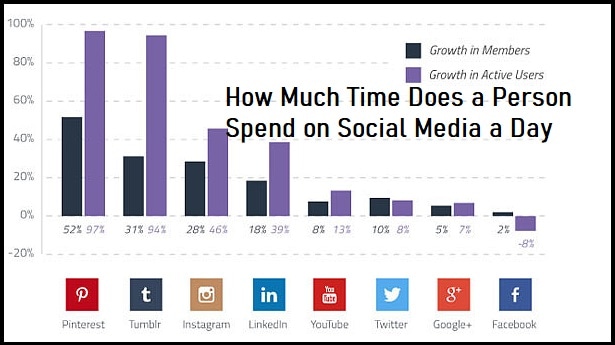 Whereas, teens spend nine hours a day on one of the many social media platforms.

Average Time Spent on social media in a Day?

The major reason for this continuous increase is the fact that Facebook is continually upgrading functions of all four of its apps, Facebook, Messenger, Instagram, and WhatsApp. All these apps make the cross-using easier even cross-post.

Out of all the time we spend being online, 60 %of times we do it via mobile phones.

Social media platforms are further evolving to take this engagement to another level. They regularly keep adding more new features to attract more and more people and thus slowly increasing these digits.

Further, this time is expected to increase even more in the coming years since the developers are making these apps more interactive. Notably, the development of these channels will drastically eat up the other traditional modes of advertisement, like TV and the newspapers are almost dead anyway.

Time Spent On Social Media in a Lifetime 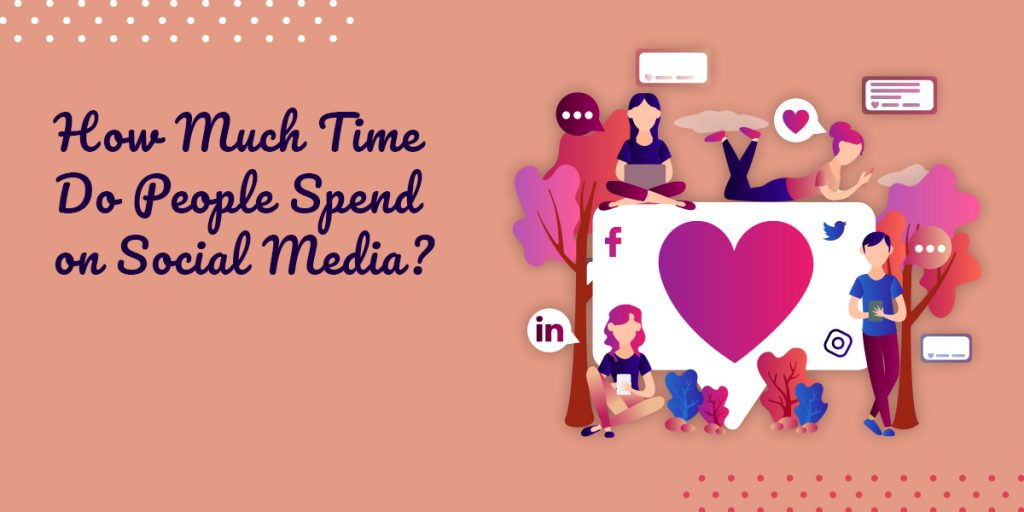 Currently, the average person spends about 7 years and 8 months of their lives watching TV. But now this time is decreasing, and decreasing drastically.

The platform that is used the most is YouTube. An average person spends more than 40 minutes a day watching Youtube. This makes almost 1 year and 10 months of their lifetime.

Next comes, Facebook, unsurprisingly, an average human being will dedicate 35 minutes of their day scrolling through their Facebook feed. That makes it 1 year and 7 months. 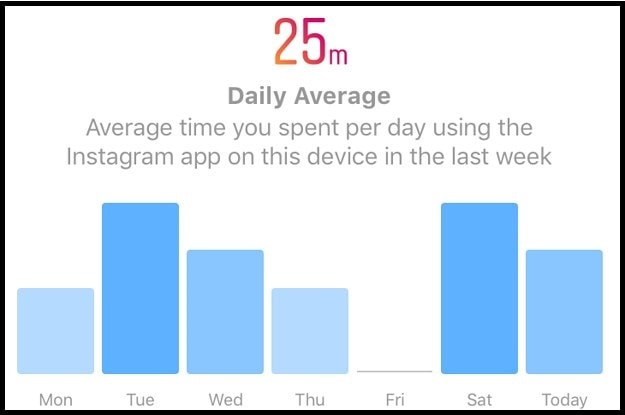 We spend 15 minutes on Snapchat every day and 1 minute on Twitter every day. That means 18 days in our entire life! 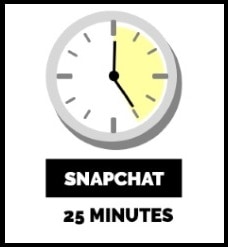 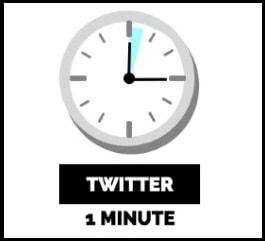 One of the major reasons why this trend is unhealthy is because of the effect it puts on our health, and mental health at that, not even physical. Observe your phone using patterns, like most people, will realize that when you use your phone the most, you feel unhappy.

You will feel more scattered and less productive, less centered and more reactive. And trust me, no one likes feeling that way. You feel it now too, you just don’t realize the reason.

There is plenty of research available on the web that supports this on a psychological level as well. When we scroll through our social media feeds, we pump a huge amount of dopamine into our system, the amount which isn’t healthy.

And this much amount of dopamine becomes a lot for our brains to handle because of the inevitable crash that follows afterward.

Another negative thing about all this is the way we switch our attention from one task to another, from one device to another. Like, when you are working and you get an important email and then you receive a text for organizing the drinks that night.

The way we shift our attention from one device to another while making sense of everything in between isn’t healthy either.

Social media is such a necessary evil though. However, we can control its evilness by reducing the time we spend on it. Only invest that much amount of time that is needed and you will feel a lot better. A lot calmer and a lot in control, and this isn’t even a surprising thing!