How Will the Latest Facebook Algorithm Change Affect Marketers? 5 Valuable Tips for 2022

With the introduction of its latest algorithm changes, Facebook has made it very clear to the marketer about its priorities. Through this article, we have shared the information about the latest changes in the Facebook algorithm that can affect marketers along with some useful tips. Read on to learn more! 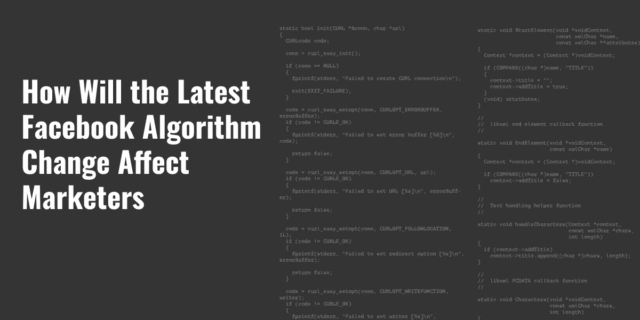 Latest Facebook Algorithm:-“Why do some of my Facebook posts go viral while others just droop down suddenly and vanish into the abyss?” This is a question numerous Facebook users have been asking recently. If you’re struggling to interpret the Facebook news feed’s ranking algorithm, you’re not alone.

Social Media Managers have a tough time going about their marketing campaigns and expanding their content’s reach due to this scenario. Luckily, not everything is a black box anymore. Facebook is gradually revealing details regarding its news feed ranking system.

In this blog, we will bring to light the latest changes in the Facebook algorithm marketers should be aware of. We will follow it up with some significant pointers you need to consider while engaging via Facebook. Without any further delay, let’s get the ball rolling. 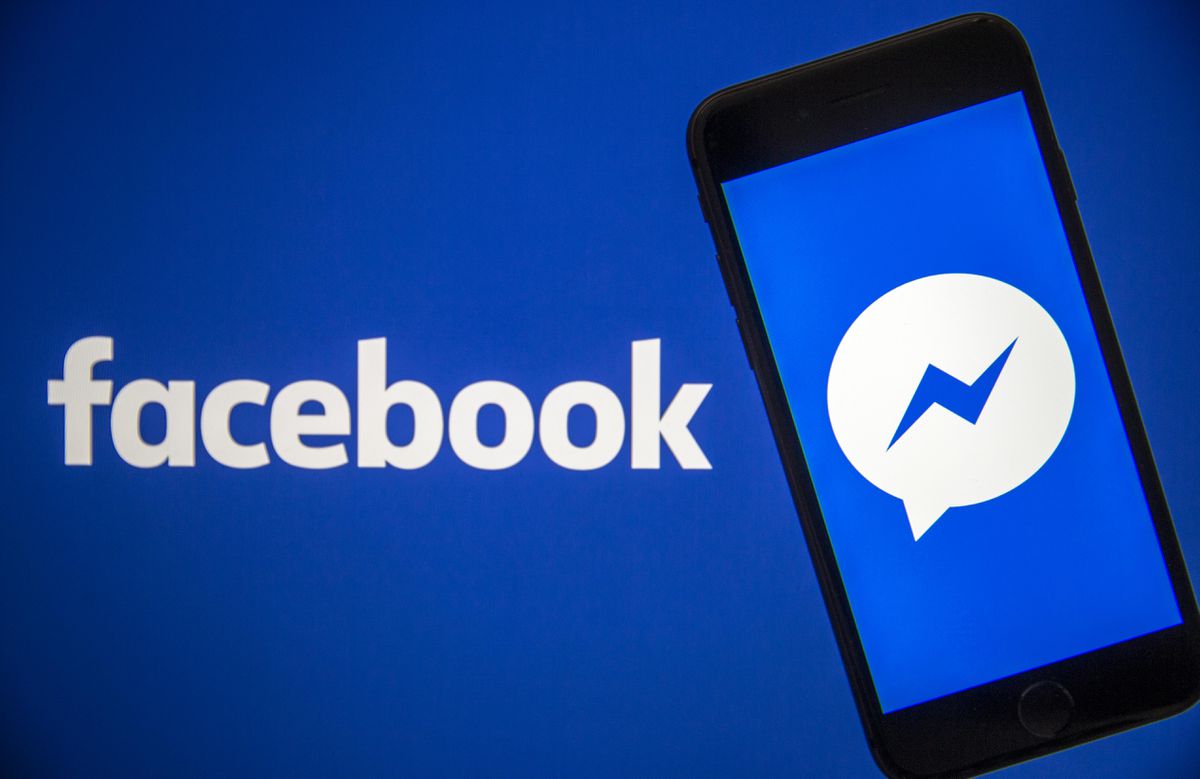 Facebook has now started to rank posts on the news feed based on the likelihood of getting a positive response. The earlier tactics of posts from friends over business promoters are still intact.

Gathering regular feedback from users on what they want to see is another crucial factor in the ranking system. The primary objective is to achieve a balance between the promoters and consumers. In addition, Facebook wants to make the ad experience as positive as it can.

In short, the content ranking is dependent on four key pillars:

The time has come for marketers to adapt their Facebook game. Although the algorithm change is partially responsible for the downfall of organic reach, it stems from the fact that there are too many competitors on Facebook. A 2019 study proved that organic reach was as low as 6.4% of the total likes received by a particular Facebook page.

This decline has been a consistent pattern in the last 4-5 years. In contrast, the price associated with Facebook ads has gone up. Paid reach is now at the forefront for Social Media Marketers to gain quick reach.

The social media giant is clearly shifting its focus towards gaining more revenue from ads than providing reach  the organic way.

Now that we have a sense of the intense competition in the promotional aspects of Facebook, let’s look at some of the significant algorithm changes in the past three years. 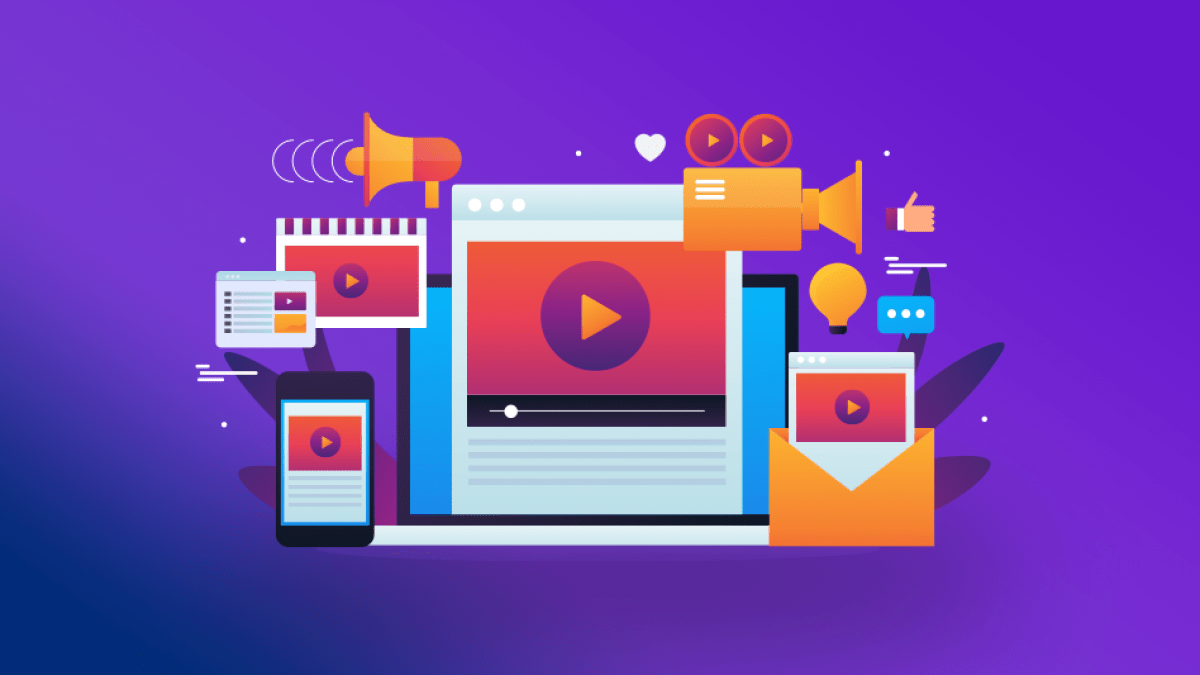 2019 was characterised by how Facebook ranked videos in the news feed and recommended videos by providing viewers with more enjoyable and relevant content. Videos that people seek and return to were given higher ranks.

Another major change brought about this year was seeking user feedback and input on what content they would prefer watching more. Based on this information, Facebook predicted what type of content people cared about more.

These predictions depended upon how long a particular user followed a page or group and the frequency of engagement. 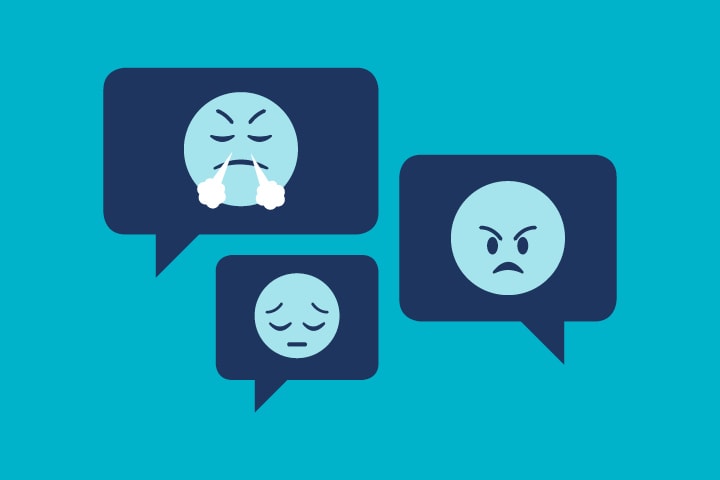 Facebook also made an attempt to make the comment section more personalised. The focus was on ranking the comments made by users on public pages or a popular user’s post. The comment that received the maximum engagement was showcased first.

In addition, Facebook also used surveys and engagement baits to decide which comments to place on top. 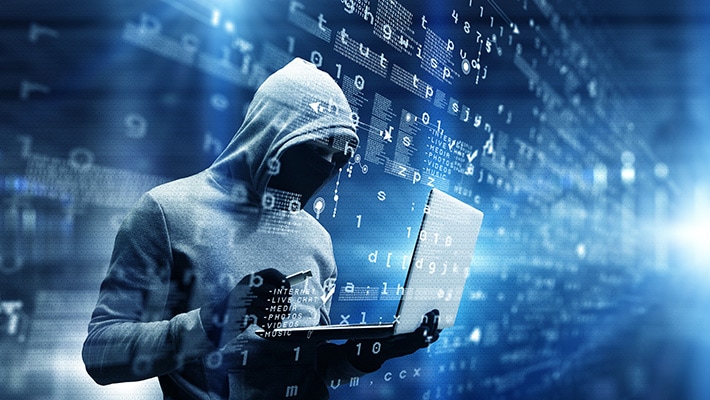 The algorithm also gained the capability to recognise fraudulent/misleading/fake posts meant to gather unwanted panic and mishaps. For instance, posts on miracle medicines, health cures, or exaggerated claims were demoted. 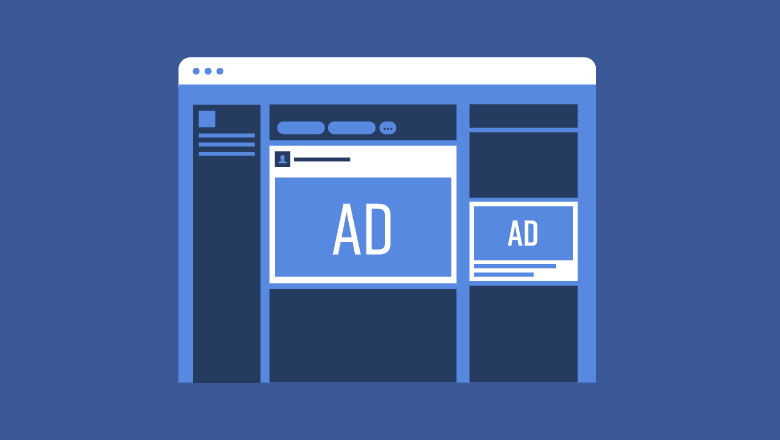 Did you come to Facebook after a session of window shopping on Amazon? Or did you forget some items in your cart? They will follow you to Facebook, thanks to ad personalisation and cookies.

Facebook also provided the e-commerce businesses with the option to enable user action, which they usually perform on the shopping apps. To give the impression of transparency to users, Facebook gave prompts like “Why am I seeing this ad?” and described the reason for the ad’s appearance on your feed.

Such features showed how Facebook was using the user data and helped optimise the kinds of ads users see based on their preferences.

Personalisation still has a major role to play in your feed even in 2021. Without this feature, your news feed would be completely random  and messy. 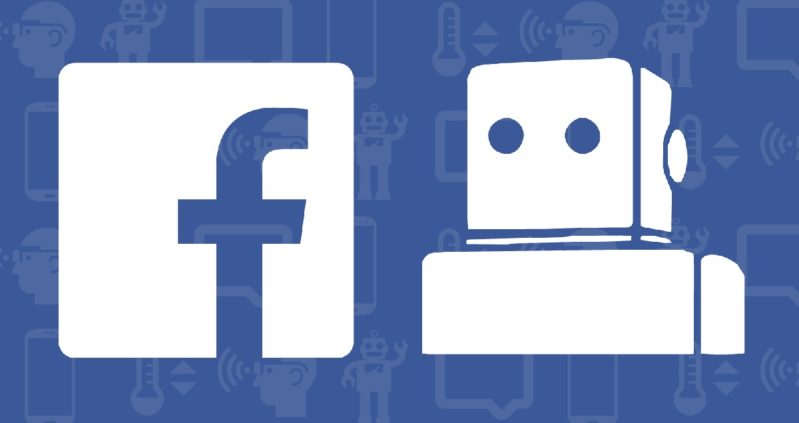 It is never easy trying to satisfy the preferences of 2.8 million users and optimising their news feed content. To achieve this Himalayan task, Facebook seeks the help of Machine Learning (ML) technology.

This is how Facebook leverages ML to personalise news feeds:

So far, we have discussed the primary changes brought about by the Facebook algorithm. Let’s now look into how these changes would impact the Social Media Marketers in the upcoming section by following the best practices.

Although Facebook prioritizes content from friends and family over the business, the element of personalization ensures users will see preferred promotional content too that’s relevant to them.

The onus is on the marketers to create high-quality, valuable content rather than creating click baits and other quick-fix tricks. Organic reach is on the decline, but you can use these five techniques to strengthen your marketing game. Here you go: 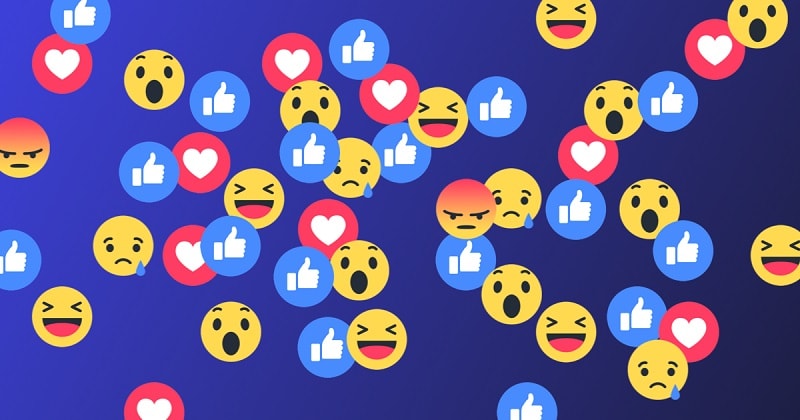 The content you put up must engage, interest, and provoke user action—research on what will grab users’ attention in your target segment. Wear the viewer’s shoe and design your content. Good content always stimulates the user’s emotions and feelings.

When your content is successful enough to start meaningful user interactions among each other, Facebook will boost its ranking. Ideally, people should start debating and exchanging ideas and opinions on your image or video; this will give Facebook the green signal required to lift your post’s ranks.

According to research conducted by the Harvard Business Review, these are some of the main emotions required to achieve high shareability on Social Media.

If your post manages to strike at least one of these emotions, you will get to see increased user activity like reactions and comments on your post. Spark curiosity, amaze them and see your rank rise through the Facebook ladder. 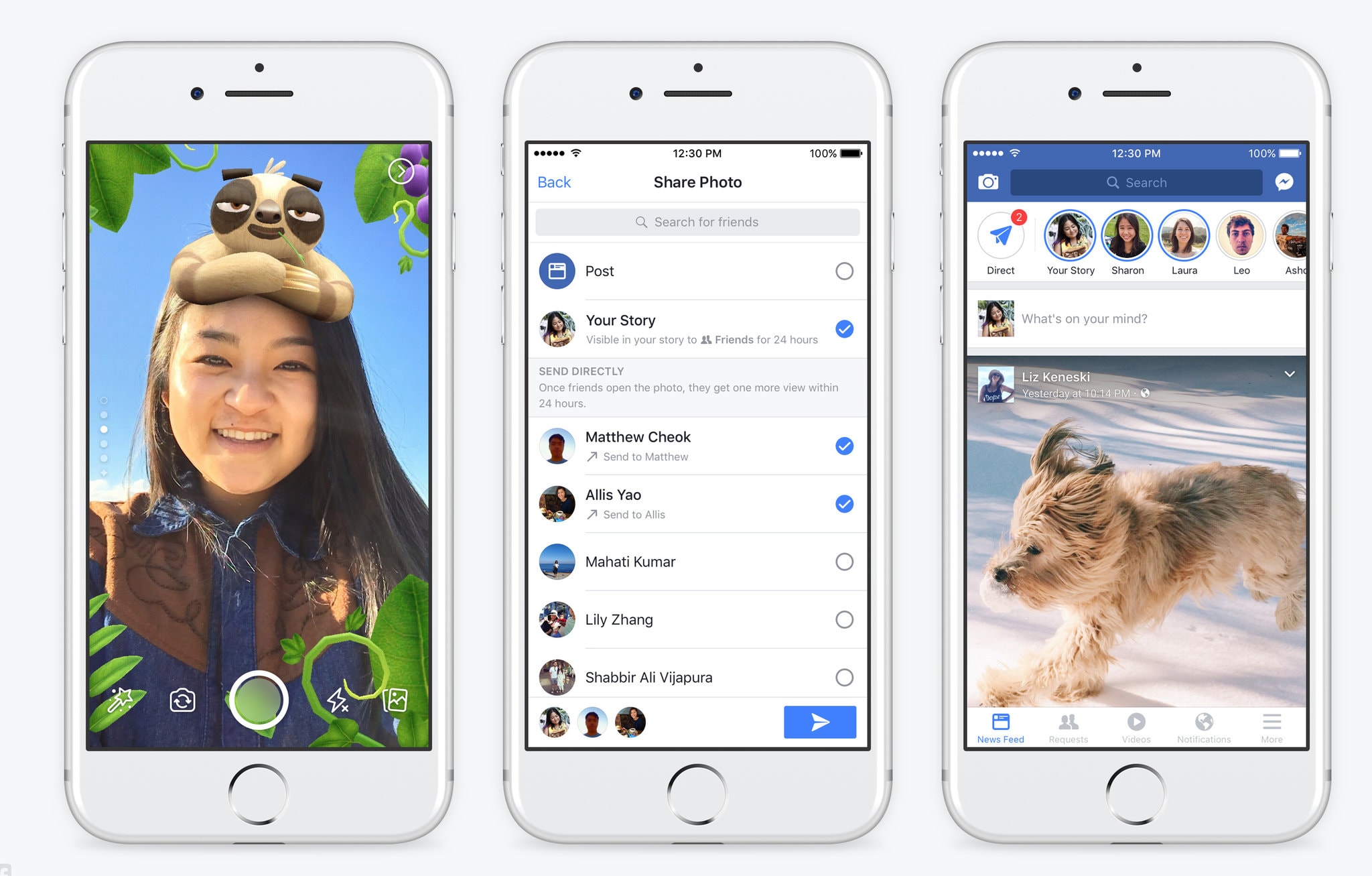 Create authentic content that stands out from the copied ones. These posts are meant to encourage engagement from your followers. The best part is that you can create stories on the fly without utilising significant time and effort, like videos.

Due to their limited time aspect, stories create a FOMO (Fear Of Missing Out) effect in the minds of the viewers and help boost brand reach much faster. Make sure to enhance their appeal by adding GIFs, text overlays and relevant Hashtags for garnering user attraction.

Facebook also allows sharing stories. So if you have the right content, user engagement will multiply exponentially, similar to a word of mouth marketing technique. 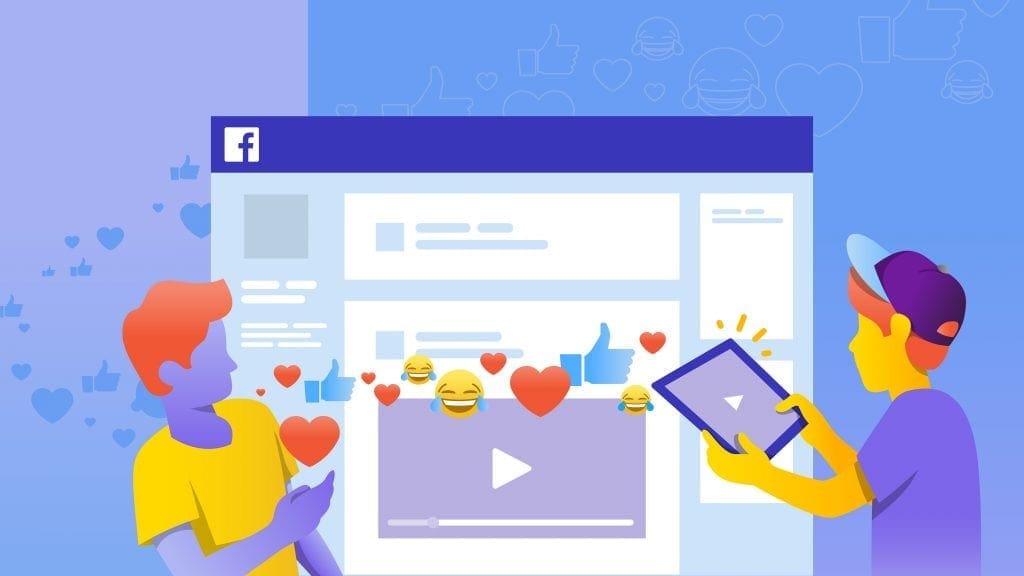 Video content is gold on Facebook. It has high ranking priority, and your video content can quickly penetrate user feeds across the platform. User attraction is guaranteed as videos take up the majority of the screen space while getting rendered.

Users tend to stop scrolling when watching videos. A short video or good GIF can gather attention like nothing else. If your brand does not have the time and resources to create top-notch videos, ensure to add at least some animations to maintain your post’s rank.

4. Use Quotes in Your Headline 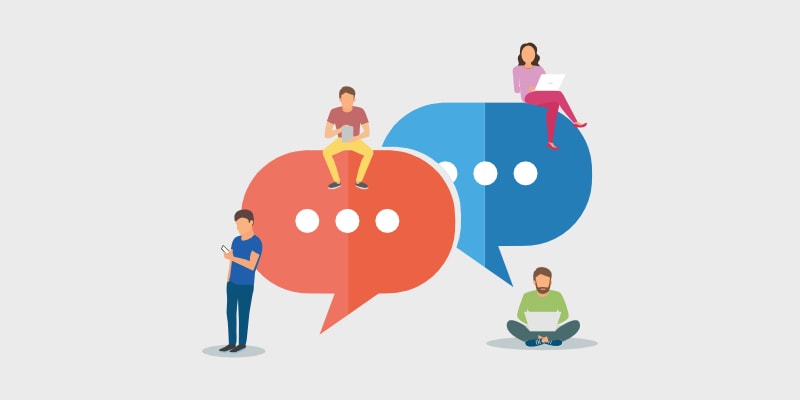 Quotes can be intriguing and can raise the probability of meaningful interactions for your posts. It will give something for the viewers to talk and share opinions on. A controversial quote by a famous person can work well in this context.

To test its effectiveness, you can experiment with a split test. Post content with a quote in the headline and post a second one with a standard headline. Check which one gets higher user interactions. Let the results speak for themselves.

To boost the appeal even further, add a video and provide the best quote from it to spark people’s interest in your post. Videos are effective tools to capture user attention, and the quotes incite curiosity. The benefit is twofold with this approach.

5. Do Not Use Engagement Baits 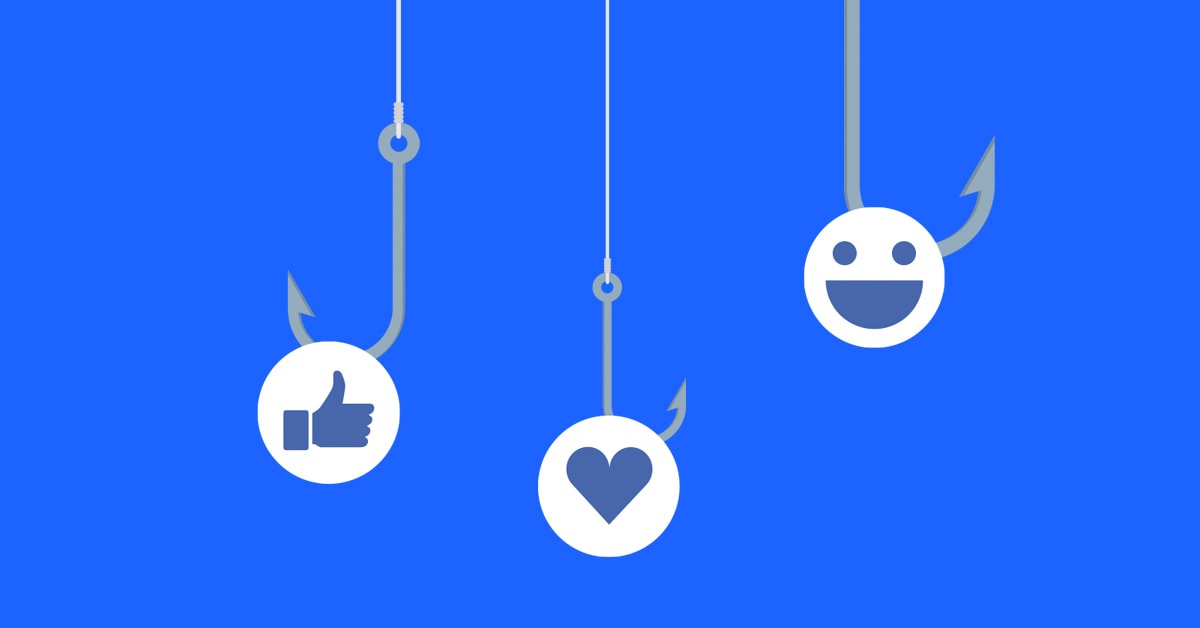 This tip is so crucial that it needs further description. Using any arrow in your quiver to accelerate your business via Facebook may no longer be the best strategy. It may cause more harm than good.

Facebook’s algorithm takes strong measures against this approach, and it is designed to demote your content if you resort to such tactics. The message is loud and clear. There is strict opposition on this platform against content that manipulates users to engage them unnecessarily.

To make things simpler, here are five types of engagement baits that Facebook will treat with utmost severity:

In essence, you can’t achieve expanded Social Media reach by desperately requesting users to comment, like and share on posts. The only way is to improve content quality so that people do so without being explicitly asked to.

Also, replying to your audience’s comments in a timely manner tells Facebook that you give due importance to relationships with your followers. It will boost the reach and performance of your business/personal page.

Focusing on your target audience is vital in getting a higher reach. Build a tightly-knit community and regularly provide value for them through your content. This is the green signal to Facebook that you desire a win-win situation. And within no time, your posts’ ranking on the news feed will skyrocket like never before!

Facebook has set its priorities straight. The focus is on generating more revenue by giving impetus to paid ads rather than enabling organic reach of user content. At the same time, the Social Media giant is moving heaven and earth to ensure every user’s news feed is as personalised as it can be.

Marketers need to be meticulous and shrewd in their Facebook engagement and focus on creating engaging, insightful, and authentic content. The key takeaway is to stay away from any forms of unwanted click baits to trick users into engaging. Those posts will vanish from the Facebook universe before you know it.

We hope this blog decluttered your apprehensions and doubts about the latest changes in the Facebook algorithm. Feel free to voice your opinion and thoughts on this in the comment section.