Do’s And Don’ts of Presentation on Social Media Logo and Icon!

One always needs to be updated with the recent trends going on in any field. It is necessary to be aware of one-stop free resources in the digital field. Whether it be related to social media or content marketing or coding & development, or anything else anything; one needs to be aware of the latest updates going on in one’s respective field. 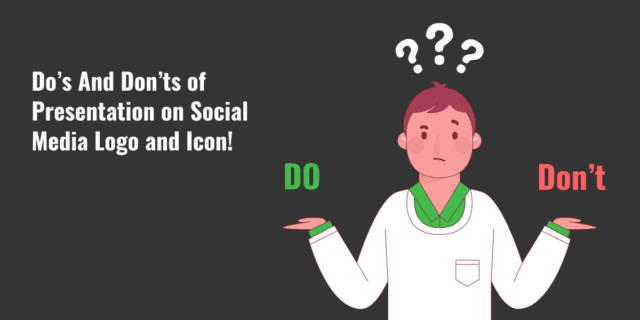 Social Media Logo & Icon:– Still, something is missing! What? Still not getting enough reach, enough likes, enough tweets! Wait! Have you considered the proper placement of their logo and icon?

Yes or No? Are you confused?

This blog explains the same. Let us have a quick read! 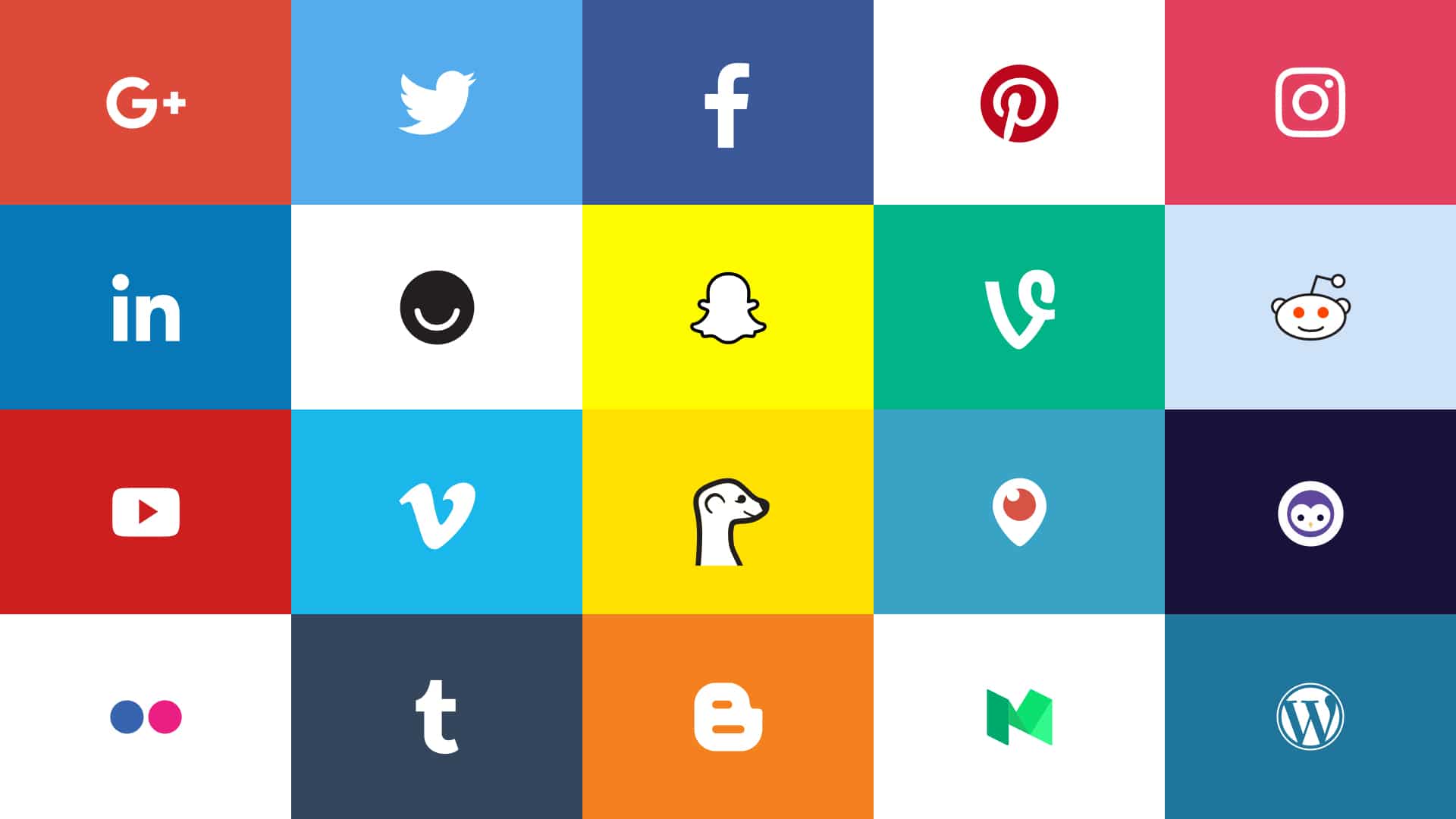 Many factors lead to less reach to the end-users and especially affect the reach to potential customers. Among those, one of the reasons is- Social Media Icons and Logos.

Let us learn some basics so that one can get maximum benefits from social media platforms.

It’s obvious that reaching out to as many people as we can is not just based on any one social media platform like Facebook or Instagram or Pinterest, but it covers all the social media platforms simultaneously. So, to get a better reach of your content, let us be aware of the dos and don’ts of presentation on social media with logos and icons!

There is a constant upgrade in social networks. Social Media Icons are something that comes under this upgrade process that is mainly as minimalistic as possible.

Different social networks grow and flourish as start-ups on a thriving social platform, so ultimately it requires some logo changes. At times, while working on a new presentation or business proposal, one doubt that must have constantly troubled you is whether you are using all the latest social media logos and icons or not.

It creates pressure at the last moment to go through the latest brand guidelines for every social media network. Also, we look forward to some resources that can guide us on the best way to solve our doubts.

As we have already gone through this pain, we present some of the common guidelines regarding do’s and don’ts of presentation on social media with logo and icon.

Avoid creating your own version

It is advisable to use pre-approved logos and icons. One can download them from the internet. Each brand has its own version, so it’s advisable not to create one’s version.

Use the exact color for each social media network

It is quite a well-known fact that each brand has a specific shade of color. For instance, LinkedIn blue is different from Facebook blue or Twitter blue. Likewise, Pinterest red is different from YouTube red. So, make use of correct color shades.

Proper spacing around the logo

For clear visibility of logos and icons, one must consider proper spacing around the logo/icon and content. It is expected for each social media brand.

Being attentive while resizing

It is advisable to maintain the size, shape, and proportion while resizing the logos and icons. As most software programs support holding down the “Shift” key to maintain the proportions while scaling up and down, this can surely help narrow down your efforts and let you stay out of unnecessary worries. Another important thing is to ensure that logos and icons don’t go below the minimum size.

The placement of logos/icons plays a major role in making your product promotion or brand awareness better. These can be displayed mostly in 2 ways-

Once everything is done, right from content to graphic designing and from post scheduling to adding all possible hashtags; one should focus on the credibility and accuracy of social media logos. When people visit any website, they visually analyze the experience without any kind of realization as a visitor or potential customer. Many times, they look for visual cues to let them know whether you are trustworthy or not.

In case if your site does not contain updated graphics, it conveys that-

These can directly or indirectly affect the credibility of your website. Consciously or unconsciously, your viewers may lose interest in the website.

Within seconds, viewers respond to the things without realizing why they don’t like something. When digging it further, it makes us realize that such kinds of little things could play a HUGE role in viewers’ response toward credibility.

Since the years, different social networks have gone through a lot of changes, and the same is with the branding department. Below, we have listed some of the most popular social media sites that are more inclined towards misrepresentation.

Let’s go through these social media logos and icons of different platforms:

The newest Facebook logo is just simply trademark ‘f’ centered inside the circle. You can see there is no more square or offset for the ‘f’. Another difference is the logo is brighter blue in color.

This new Facebook icon has not caught much attention, but slowly, is gaining mainstream attention.

Since the beginning, Facebook has been pretty much consistent with its logo and its updates. The majority of the time it doesn’t draw the user’s attention as there are many minor changes that are hard to notice.

Instagram logos have gone consistently simpler over the years. Initially, it started as the iOS-only app as the icon was meant to match Apple’s then skeuomorphic design. As soon as Apple switched to the flat design trend, Instagram soon followed suit.

With the continuous design trend of simple, minimalistic icons, Instagram again changed its logo to what we see it as today.

Twitter logo is the most consistent and frequent victim of visual confusion. As far as accuracy is concerned, Twitter icons are used more frequently. Whether it’s a business asking people to follow them online or a TV show advertising its social profiles. 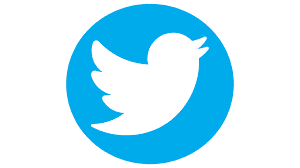 The current official logo is the bird with its head angled up. It’s a brilliantly crafted icon and deserves to be represented properly.

Initially, when YouTube started, it was a completely different place. Since the beginning, the YouTube logo and icon went through few changes. But the latest one is a modern logo when major rebranding happened as it converted to a video-centric platform.

Both the logo and its icon are being used throughout its various apps and properties, unlike Twitter, Instagram, and Pinterest who primarily focus on their icon. It has a brilliant use of repetition so that brand recognition is easy.

Pinterest is one of the lovely and attractive platforms for social media users. It has remained the same since the beginning, which is more than a decade ago. Majorly designers are attracted to this platform. 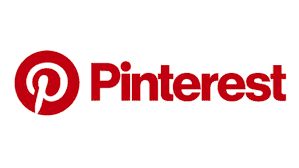 One could have noticed that the color of red has changed slightly over the years. This must have been noticed by an eagle-eyed onlooker. The currently used red logo is as bright as it has ever been.

Just like Pinterest, LinkedIn has also stayed close to its initial logo. It has been the same primary logo over the years, just the little change can be seen in the primary blue color that is slightly different from its brand roots. 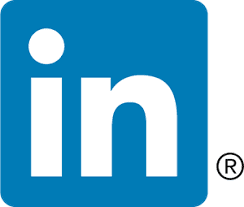 Generally, brighter colors are aimed more as it attracts younger audiences while giving the brand fresh and exciting feel! The youth of India is more attracted towards brighter colors, and as it is a job-seeking and hiring site, the majority of youngsters are on this platform. So, using brighter colors for logos and icons is definitely a smart move.

It is an obvious and most generalized fact that companies spend hundreds of thousands of dollars on branding. To craft the visual identity beautifully, companies hire graphic designers for this job to get a consistent and recognizable overview that becomes a true identity of the company.

With the above discussions, it is clear that icon and logo design is undoubtedly an art form in and of itself.

The best thing we can summarize from the above write-up is that promoting one’s own brand definitely needs social media engagement to allure the maximum number of visitors that can soon convert into potential customers. For this, proper social media icons must be used for better reach among audiences.