Want to know about Twitter Impressions?? And why are they so important. If yes, then you have landed on the right page. This detailed article will give you an insight into the Twitter impressions. Here, you will also get some tips to increase your Twitter impressions. Let's begin! 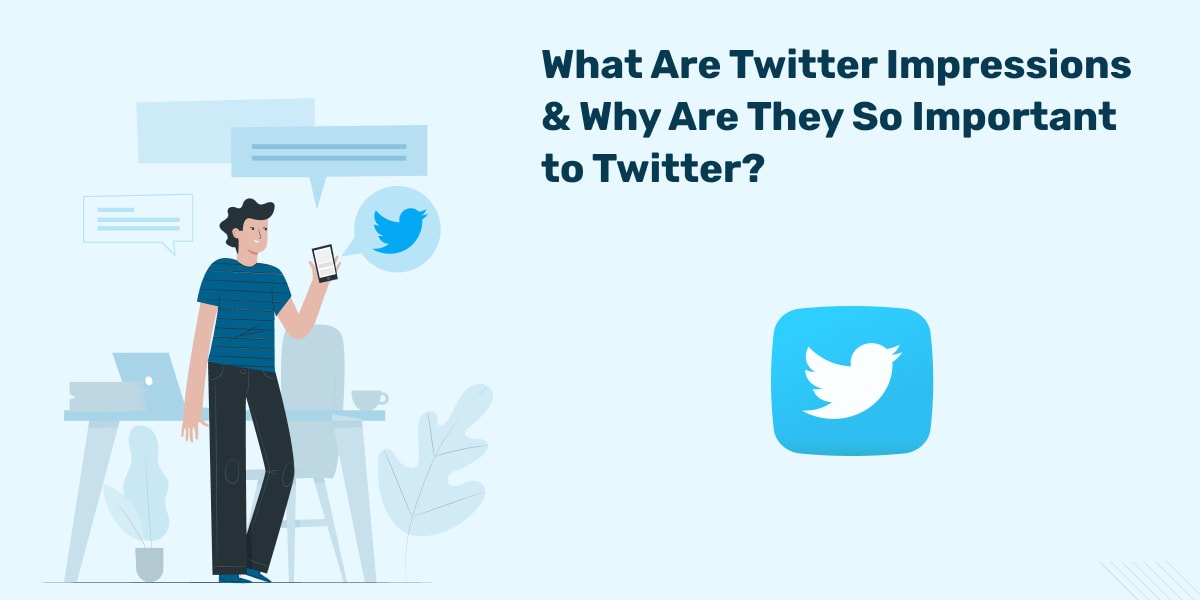 If you are an avid user of Twitter, “Twitter impressions” is a term you might have already come across. Even if you just use Twitter to check out trending topics and breaking news all across the world, even then, knowing about Twitter impressions would not at all be a waste of time.

Read on to find out about Twitter impressions, what they mean and how they differ from Twitter reach and engagement. Let’s get further. 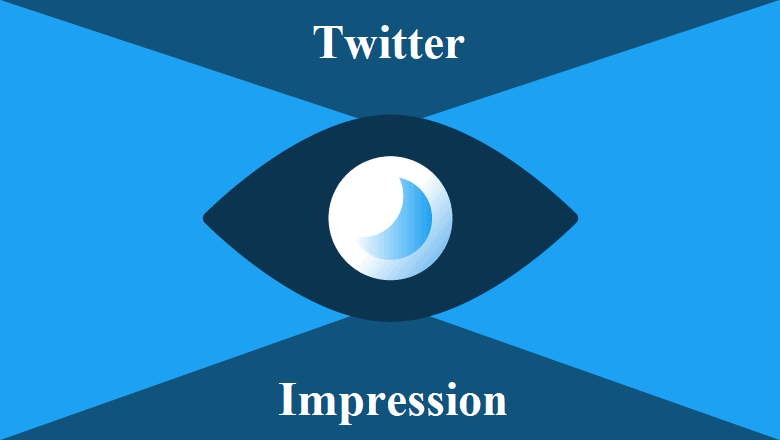 Before going into Twitter impressions, if you do not already know this, you must know that Twitter started in the year 2006. It was basically a form of micro-blogging site where you could make posts that could be a maximum of 140 characters.

Known as Tweets, earlier you could tweet not more than a 1000 tweets every day. In today’s time, the numbers have been increased to 280 characters in a single Tweet and 2400 Tweets daily. This increase has made Twitter a favourite platform of several major brands and personalities for marketing and promotion. And this is where Twitter impressions come in.

Twitter impressions refer to the impact of your Tweet, and one impact means that one person has seen your tweet. A Twitter impression is basically the total number of times a certain Tweet was delivered to another Twitter account’s timeline. This may include anything ranging from your followers, searches related to your Tweet, to views by other random unconnected people.

In simpler words, Twitter impressions indicate the number of times people have seen your Tweet. For instance, if a certain Tweet of yours has 200 impressions it means that your tweet has been seen 200 times. Impressions do not necessarily mean that your post was read.

That being said, Twitter impressions metric will not reflect the exact number of viewers of your tweet through any third-party platforms or other famous social media sites and how many people have seen the specific tweet embedded into a website.

Now that you have an idea about Twitter impressions, you must know that the impression of a Tweet can only be checked by the owner of the account. And if you want to check out the impressions of your Tweet, you need to enable the “Twitter analytics” feature.

Once you have this activated or enabled on your account you can get access to the metrics of your Twitter impressions. You will get to see impressions of individual tweets as well as collective impressions within a given period.

Twitter impressions are basically of two types and they are: 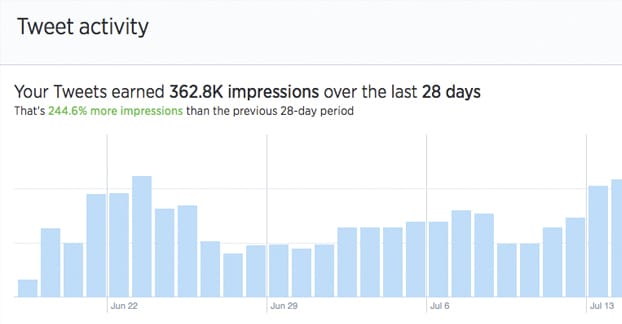 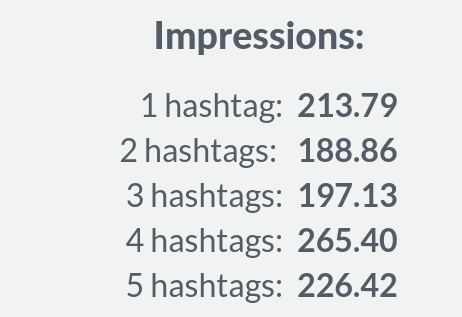 Now that we have talked a lot about Twitter impressions, we will now get into the details of the metrics and answer a few more important questions like:

What is the difference between Twitter impressions and Reach?

We will be answering some important questions like, “How do I measure reach on Twitter?”, or, “How do I calculate the impact of a certain Twitter campaign?”

Now that we have a basic idea about the difference between Twitter engagement and reach, let us answer an important question, which is: 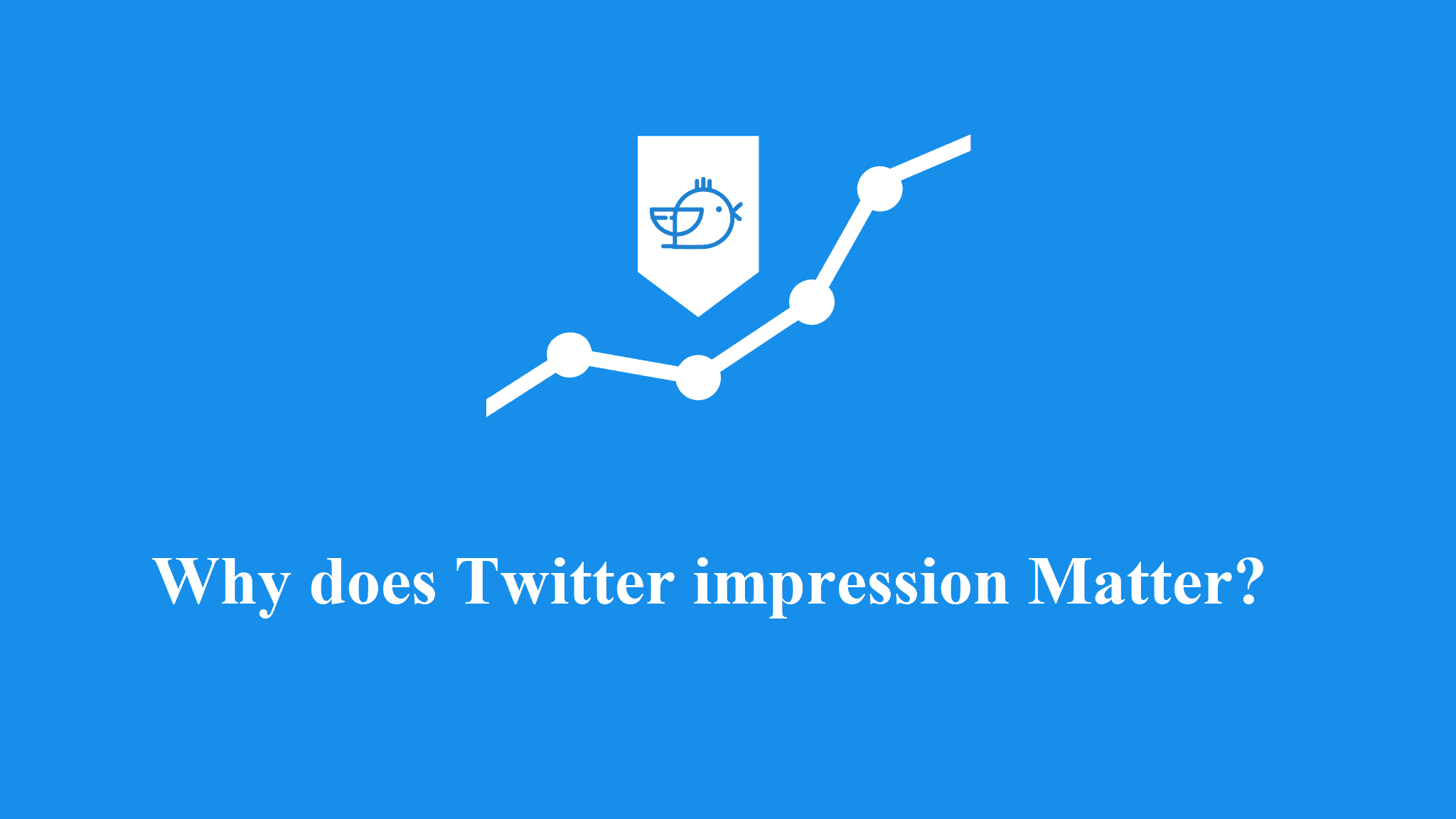 Twitter impressions are one of the most important tools being used by several major companies and brands for marketing and promotional purposes on Twitter. The impressions metrics can help brands understand their social media presence.

It is a common saying in today’s times that, “Twitter never sleeps!” Everything happening around the world, from breaking news to key events and top trends are all on Twitter.

The platform is filled with interesting things and along with that statistics show that Twitter had an average of 336 million users per month, at the beginning of 2018. This has made Twitter a top marketing platform and also one of the most popular social media platforms among millennials and major brands!

Here are a few ways how Twitter impressions matter and make a difference in today’s time.

To analyze the total number of times tweet has been seen

Twitter impressions, as we have already said, can be conveniently filtered and used for extensive and in-depth analysis. This includes the use of a specific date range for a collaborated performance report of your tweet and your Twitter profile or campaign. You can get suitable days or specific times that are good for your tweets with Tweet impressions. 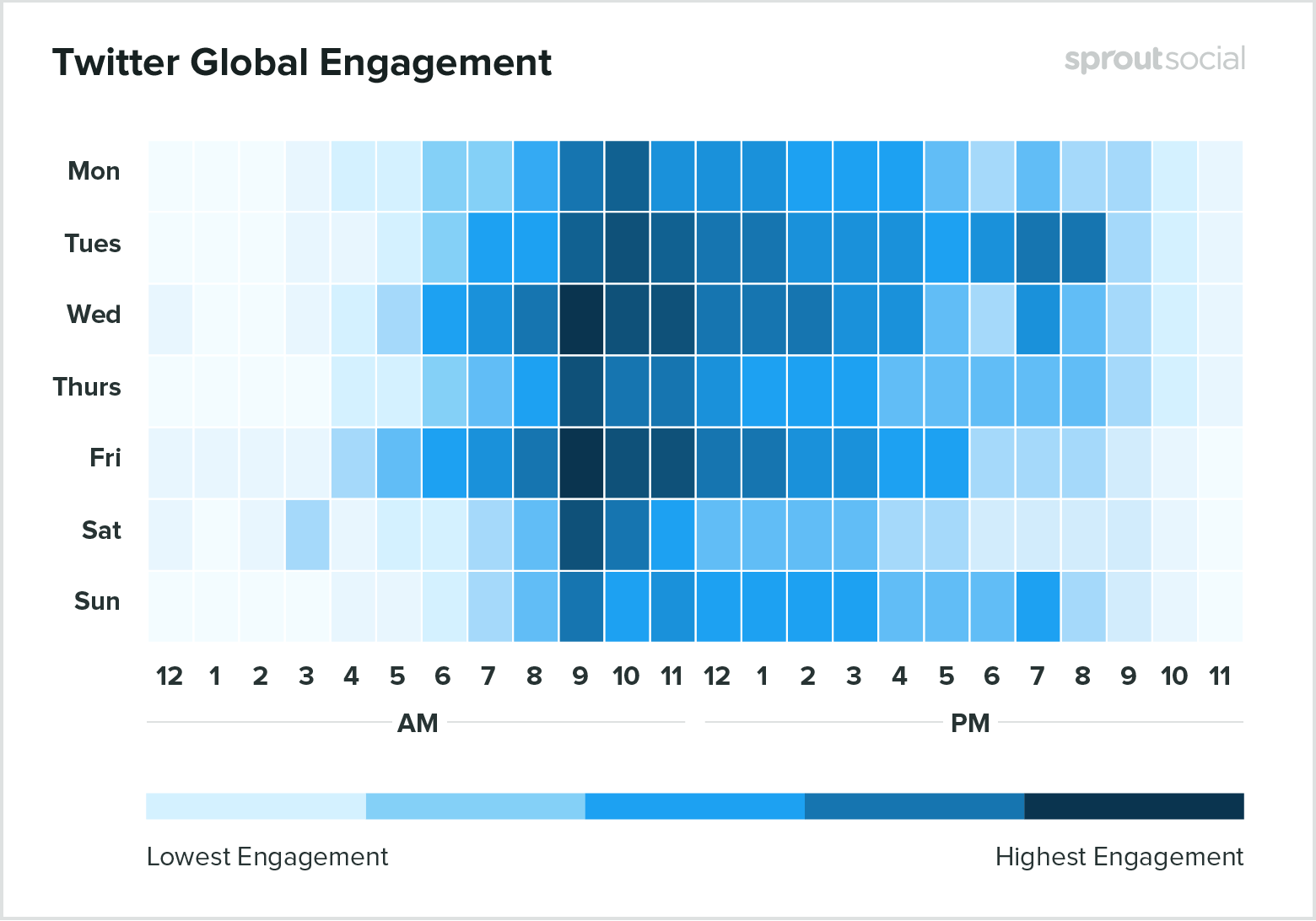 Twitter Impressions help a brand assess the potential of their campaign being seen on the Twitter platform. Studies show that 50% of users who are engaged with a brand on any certain platform, buy the products or services offered by the brand.

Know What your Audience Wants 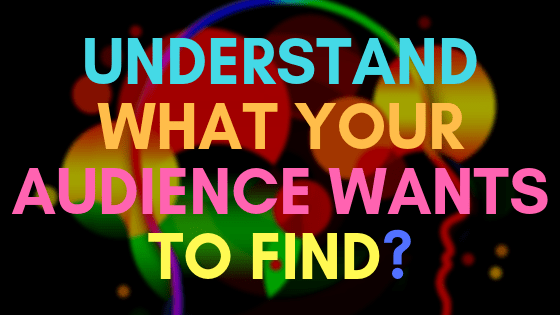 An appealing Tweet would quite naturally attract more Twitter followers towards the Twitter account. This is a general rule of any social media platform which makes it very important to understand what the audience expects from a particular user.

You can easily find all the relevant and important information on the “Analytics tool” on Twitter. The performance of your Tweets indicates the kind of content your audience is responding to, and the kind of content they will appreciate and be attracted towards. 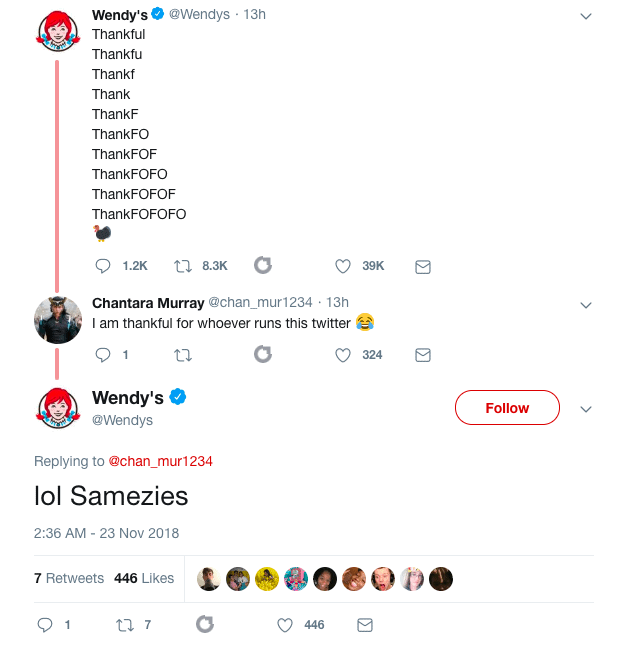 The greater the interactions of a certain Twitter account, the better is the rate of Twitter impressions. Another thumb rule of any social media platform, interaction effectively increases overall reach, engagement and impressions of a Twitter user and helps increase tweet impressions.

The right kind of interactions is also very important which include major brands, influencers and also with the followers of the account.  This can boost the impressions of Tweets and boost the performance of the campaign.

Consistency is key when it comes to Twitter. Tweet impressions can be boosted by posting a huge variety of content. This may include everything starting from plain text Tweets as well as pictures that help make the content more appealing.

Twitter impressions can be boosted through the improvement of the media on your Twitter profile and campaign. This means more appealing media, better pictures, GIFs and videos. Statistics suggest that Tweets that have images get 18% more clicks, and 89% more favorites along with 150% more retweets.

With those statistics supporting the importance of media, it is surely one of the key factors to boost campaign performance on Twitter and effectively increase Twitter impressions.

Keep up with the Trend 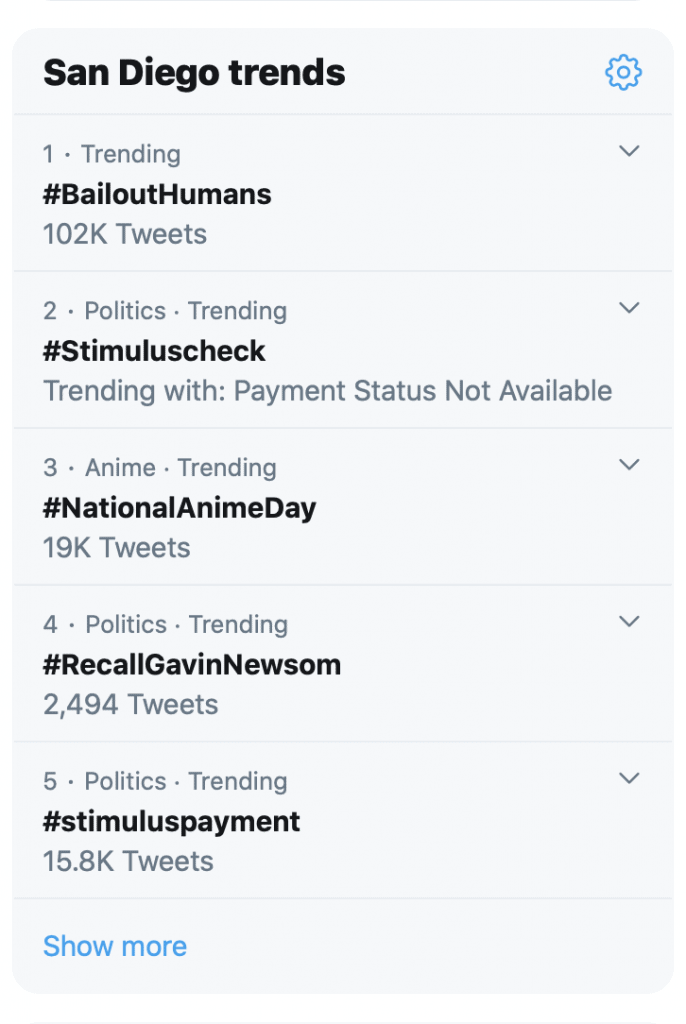 Twitter is the centre house of trends. Everything that is trending, or on the news is discussed on Twitter. This makes it very important for every user to make sure they choose usefully trending content topics and ideas that can help improve Twitter impressions and help your reach touch the sky with soaring numbers.

If it is about impressions and reach on Twitter, you have to keep your eyes open for the trends on Twitter for maximum success and enhanced performance of any kind of marketing campaign on the social media platform. 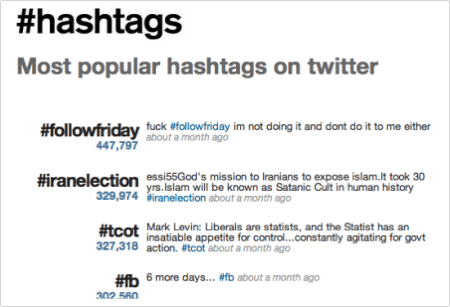 It is said that “Hashtag is the hero of Twitter.” While most of us may know that, you must have your hashtags sorted to effectively boost the reach, engagement and impressions of Tweets and Twitter accounts. Ensure your content is in line with what’s trending and make use of trending hashtags to successfully increase the Tweet Impressions and overall performance of a certain marketing campaign of your brand or profile.

With all that being said, we sincerely hope that we have successfully helped you get an in-depth idea of Twitter impressions and help you realise its importance on Twitter.

Mastering Twitter impressions is not going to happen overnight. You will need a certain amount of time to make maximum utilisation of these metrics and help a user maximize the success of their marketing campaign.  Staying in trend is the key when it comes to Twitter and Twitter impressions are the top trend in coming future.