What Is an API & Why Does it Matter for Social Media?

We all love using social media. It not only helps us connect with our friends and family but also allows us to express ourselves freely on social platforms. But do we know that APIs hold an important place in the social media platforms? Here in this blog, we are going to discuss the API and why does it matter for social media. Let's dive in to know more. 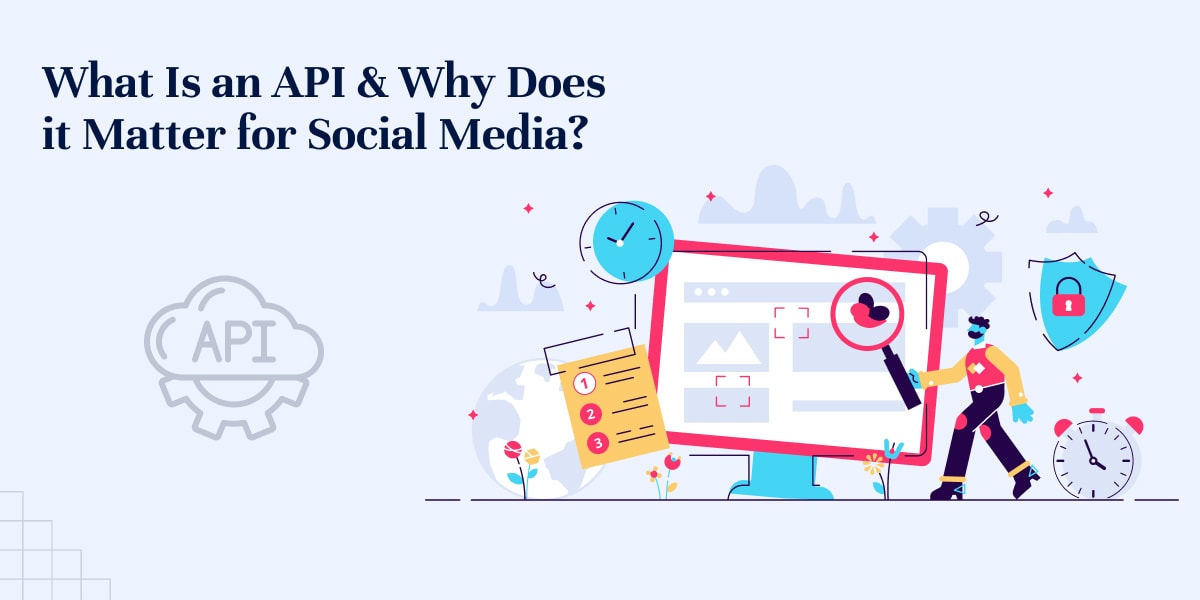 What Is API:- With the advancement of technology, we can now do a lot of things that were unimaginable a decade ago. That being said, the internet and associated technologies stand right at the center of human civilization right now.

Internet users are increasing at an exponential rate. And when we talk about the usage of the internet, APIs must be included in the discussion. These APIs are the Centre to your experience on the internet and enable the various tasks you do on various platforms.

From credit card payments to flight bookings, APIs are everywhere and have become more important than ever.

In this article, we will talk about everything you need to know about APIs, why they are important and their role in social media. Along with that, the overview of APIs offered by us will also help you understand how they are relevant to your daily life.

But before we go into that, let’s answer the very basic questions. 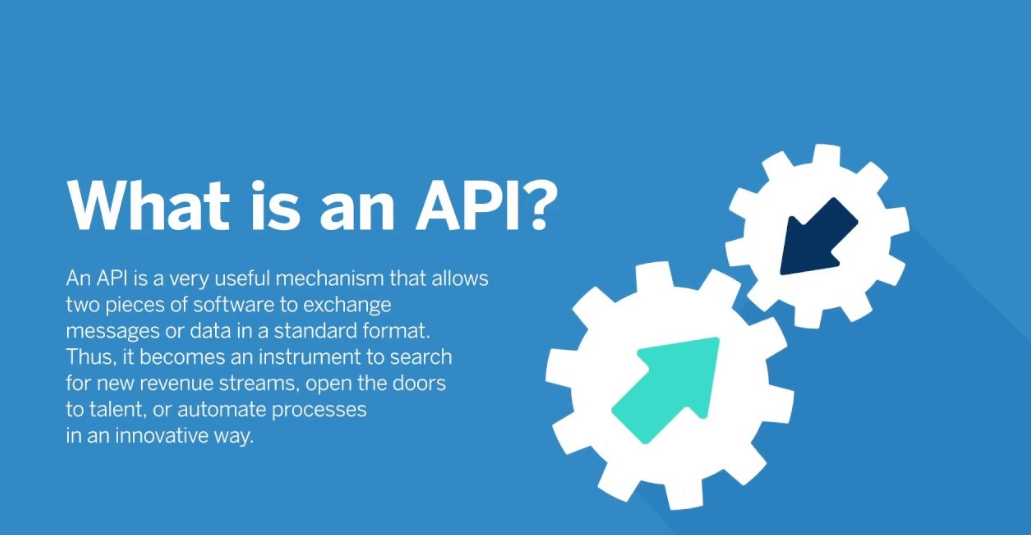 API is the abbreviated term for ‘application programming interface’. It is basically a form of technology that enables multiple applications to interact with each other and obtain data to carry out different functions. APIs basically operate on an agreement or arrangement of inputs and outputs.

When we talk about the ability of apps to interact with one another, it can range from anything that you use on your smartphone or web application or other software programs. APIs are also used by developers to write software and design how you interact with a particular application.

API: Taking a Deeper Look into the Technology

If you have no idea about APIs, you must know that the initiation of collaborative APIs was during the year 2000. At this time, eBay had announced the launch of its first API initiative. This was a program that would enable third-party companies to display various eBay listings on their own websites.

Amazon took the cue and turned out to be a major player in the field of APIs by introducing its affiliates program and opening up its API in 2002. Developers could access and use information, like product reviews and wish lists and integrate them into third-party applications and could also include live updated Amazon products on external sites. The company has also launched APIs for its Amazon Web Services cloud platform.

We have been hearing a lot about the API economy in recent times and it is all about sharing and collaborations. Major multinational companies, like Uber and Airbnb, are making use of APIs to offer better customer services. APIs are primarily of two types. 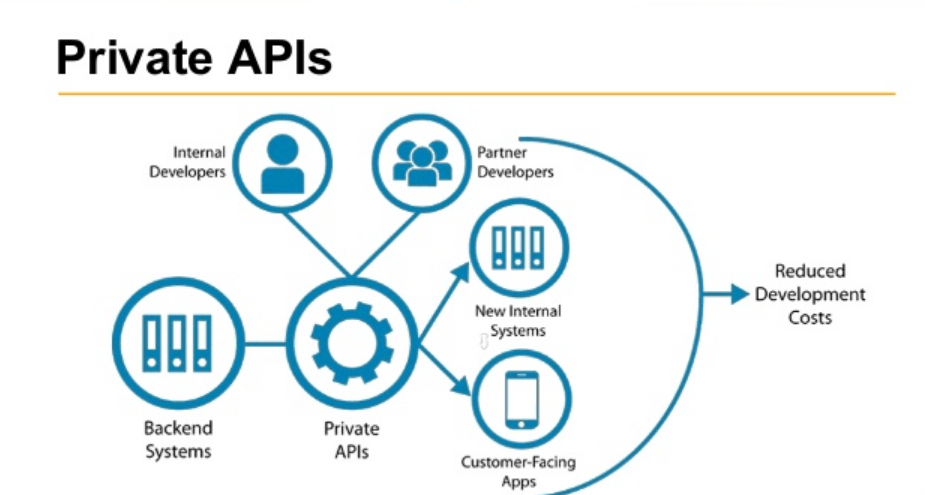 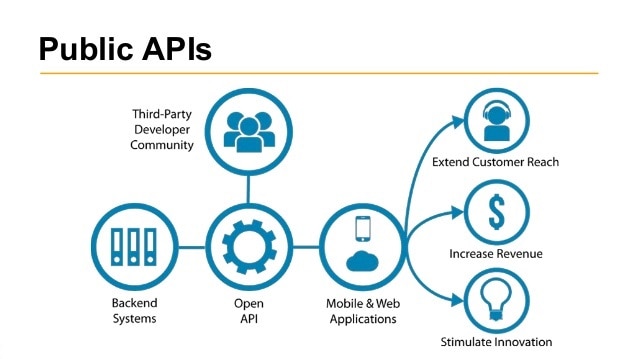 APIs help application access and retrieve specific data from any other. The technology works in a very simple and efficient manner and can facilitate the retrieval of any and all of the data that is listed, but nothing beyond that.

What Makes API So Essential for Social Media? 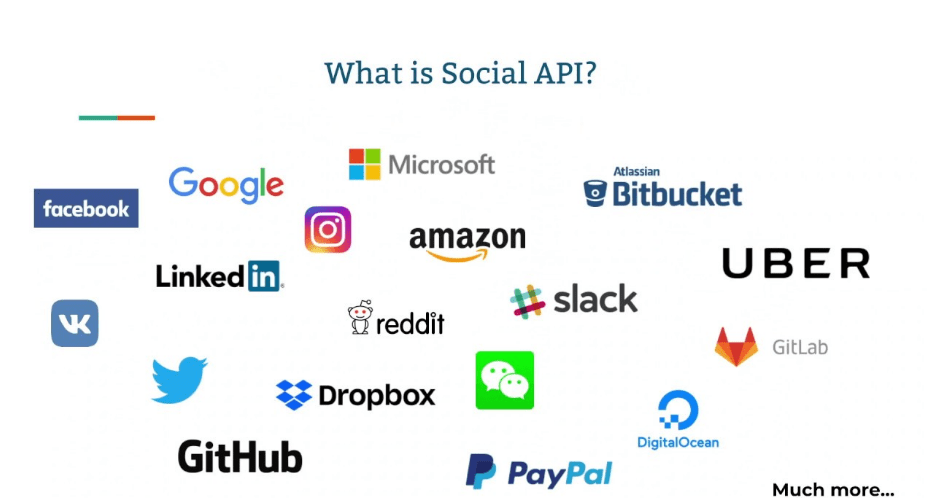 For experts and enthusiasts in the field of social media programming, you may already be aware of the term ‘Social Network API’, which is offered by a majority of such platforms to developers. This is done to allow developers to interact with the platform, retrieve some demographic data, getting user details, posts, and a lot more. These can also be used to complete new services for a platform, for instance, Tweetdeck (Twitter).

While we have already talked about eBay, which had released its first developer toolset in 2000 aiming to expand its business, it was not before 2005 that the API was fully functional and open for users.

Google had released its first API for the search engine in April 2002. This API allowed developers to conduct approximately 1000 automated search queries. Today, there are thousands of APIs available for a wide range of Google services which has led to numerous apps.

Besides these, let us take a look at the APIs and their functionalities of some of the most popular social media sites. 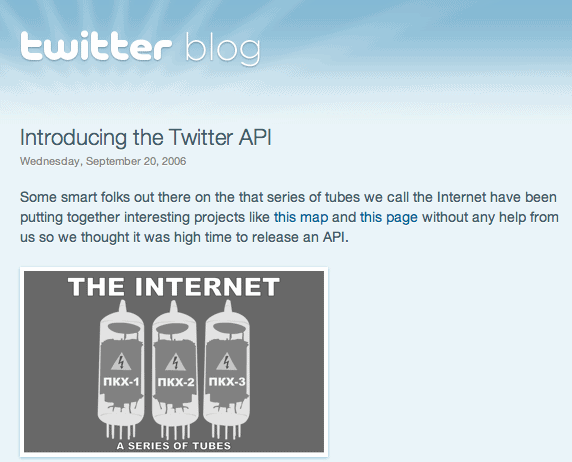 The basic use of the API is that you can write a program where you can make a search for a person’s username and the app would return the relevant profile page.

This makes it convenient for users as you do not have to reach out to the Twitter office every time you have a request. Instead, the API will offer complete access to the program to return the profile page.

If you have ever used any third-party social media management tools, for instance, Sprout Social, what you may have noticed is the limitations of APIs.

They only allow you to post, or comment or like posts through your own account. The benefit of having software built on social media APIs is the fact that you are able to view several accounts through one single channel. 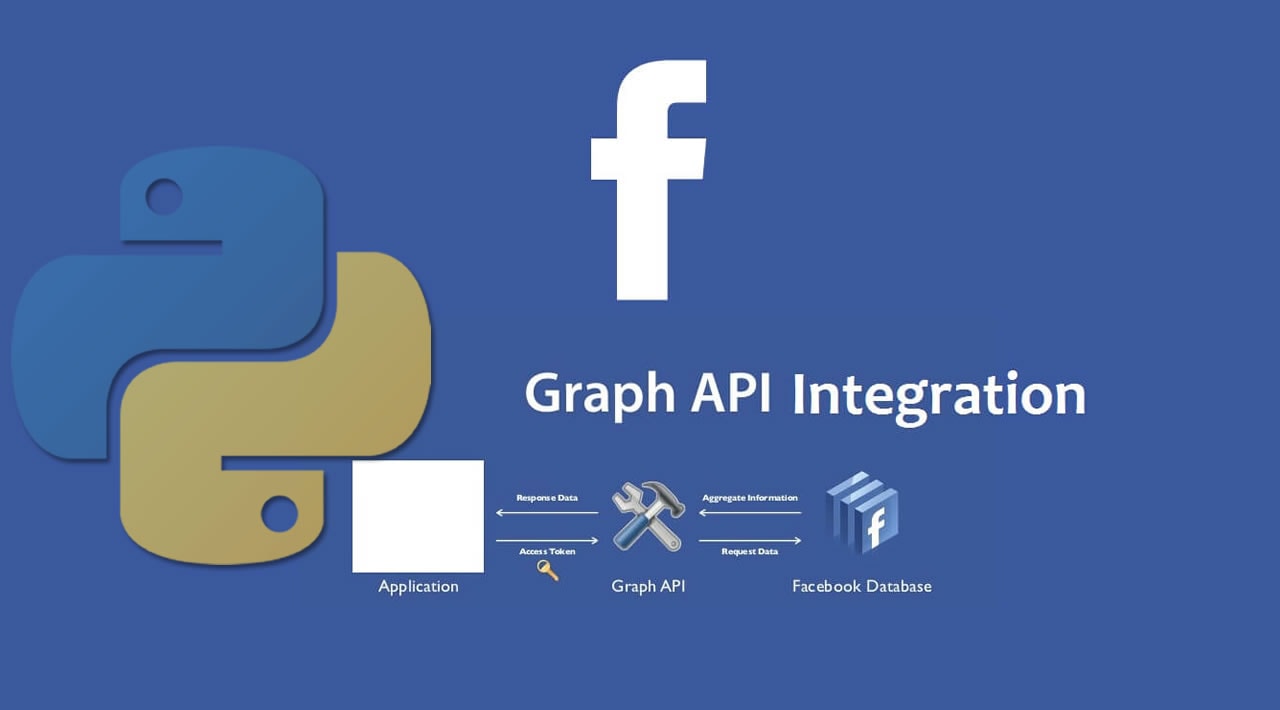 Facebook launched its first API in 2006. In fact, the Facebook Developer was one of the first APIs to be launched as a platform-specific API. Amongst the latest APIs from Facebook, Graph API and Open Stream API are extremely popular and widely used by developers across the world. 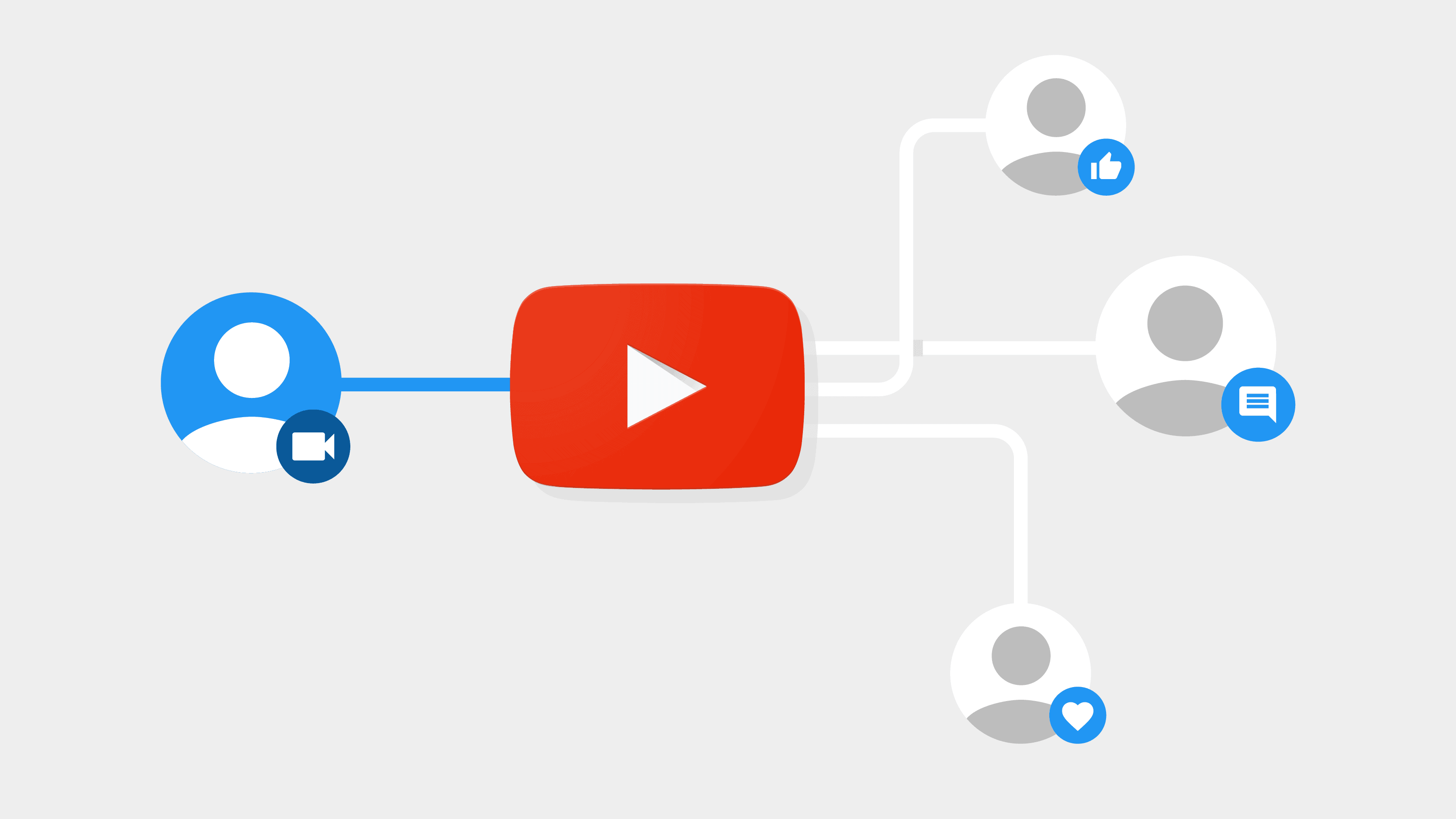 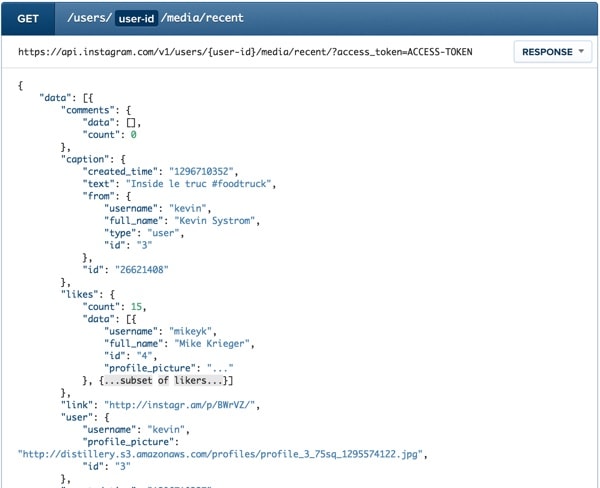 Instagram API was released in April 2014. The API enables developers to build applications that can be used to analyse different user posts and also help manage their own posts beyond the functions offered by the platform itself.

Social Media API Trends to Look Out for!

These APIs offer some key features that are trending 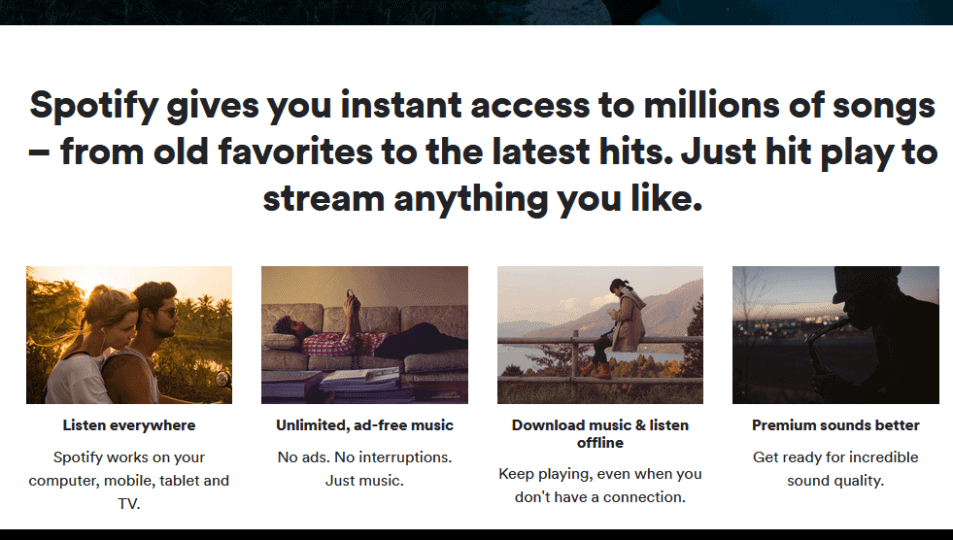 Apps, like Twt.fm, make use of APIs from other services, like Last.fm and Imeem. This makes sharing and streaming of audio simpler and more accessible.

Popular tools, like Polar Rose, enable facial recognition on Flickr and also allows the connection of friends. YouTube has also expanded its API to enable its users to share their activities on other social media platforms.

Social media platforms stand to be of paramount importance when it comes to APIs. There is a huge amount of information available on these sites from different social graphs and technology.

Several applications, services, and businesses were created to help users work on various activities on these platforms, ranging from playing social online games to travel networking.

From new widgets and programs within their websites to data porting, APIs and social media stand to be a central part of the internet revolution in 2021!